5 of the Most Haunted in Arkansas USA: Phantoms of the Natural State!

Written by Haunted Journeys
Published: 11 May 2020

The phantoms of five of the most haunted places in Arkansas are eager to tell their spooky stories. Here are our spine-chilling picks from the Natural State!

Considered to be one of the (if not THE) most haunted hotels in the United States, this grand hotel sits in alongside the Ozarks, deep-seated within the Eureka (healing) springs.  This became the impetus for its historical impression among the decades, leading to its undeniable haunted history. Opened in 1886, the hotel originally opened as a college, but failed to keep up its costs. In 1937, Norman Baker purchased it to become the Baker Cancer Clinic. Here within its healing waters held the "cure" for cancer, broadcasting across the nation with great enthusiasm. The filled hospital, unfortunately, became a hospice for the terminally ill. No success was ever revealed of the protocols that Baker claimed to use.  The hauntings reveal the agonies and cries of previous patients, waiting for their relief. Perhaps this is why, they linger night after night, waiting for their peace.

Built in 1900 by a prosperous Delta Planter, Joe Lee Allen, the Allen House has been confidently proclaimed to be one of the most haunted in all of America.  Starting in the 1940's, the house started to gain a spectral reputation. Following a suicide by one of Allen's daughter, her presence has never left. In addition, Joe's spirit lurks in the spaces as well. Many have claimed to have seen both apparitions. Once a visitor captured the reflection of a spirit in a mirror in his room. A young couple said they actually trapped a spirit in a closet!  Moans and heavy footsteps are common findings in this historical masterpiece.

Originally built in 1881, this hotel was destroyed by fire in 1890. Using the nearby limestone quarry provided the rock to build this extraordinary hotel in 1905. In fact, every floor is considered the ground level, for it is built into the mountain itself. Could this and the heavy limestone content be the foundation for the intensity of the hauntings here? Ever since its inception, the stories of the haunted have taken stake within its walls. Some say it is due to the construction, others because the grave of the Perry House (the original hotel that burnt down) lives within its dimensions. Some of the findings include reoccurring and intelligent orbs that are seen on the guest floors. There are human-shaped shadows seen in the Barefoot Ballroom. Large faces appear on the inside of the stained glass windows overlooking the ballroom's foyer.

Constructed in 1893 by William Mark Duncan, who happened to be the son of a Pennsylvania Congressman. He was an accomplished businessman, owning banks and an electric company. This inn is saturated with the supernatural, with consistent reports of feeling someone standing beside you, when there isn't. You may hear strange knockings and disembodied footsteps throughout the building that cannot be explained. Disembodied voices can be heard, while others experience objects moving on their own. Children can also be heard playing in the front yard. Once a heavy rocking chair in the turret room moved on its own. The experiences here are pretty frequent, sure not to disappoint.

Originally built as a building to house offices, shops, and gentlemen's apartments, it became a hotel in 1877. Over the next 100 years, this property has exchanged many hands and uses. For years, the hotel was a center for political activities and social events. This is where many of the haunted sources originate to. There is a spirt of a man that manifests as a laborer. There is also a ghost of a young woman, who apparently plunged to her death from one of the upper floors. Her apparition is reported to appear in guest rooms without much notice and has a knack in moving luggage around. Sometimes people will hear screams and wails throughout the building. This spectral hotel is certainly worthwhile for a visit here.

Want to see more of the MOST HAUNTED around the world!  Join and return to the 60-Day Most Haunted Marathon by CLICKING HERE. 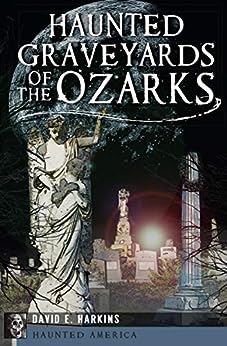