5 of the Most Haunted in Canada: Phantoms of the Great White North!

The phantoms of five of the most haunted places in Canada are eager to tell their spooky stories. Here are our spine-chilling picks from Great White North!

The Banff Springs Hotel, as it’s commonly known, first opened in 1888 in Alberta, built by the Canadian Pacific Railway.

One of the most intense and mysterious stories seem to center around one missing hotel room 873.  There are claims that Room 873 has been drywalled over, for you will not find it on the eighth floor. While the rest of the rooms have a room that ends with "73", for some reason the eighth floor does not. According to local lore, a family of three, including Mom, Dad, and their daughter, were murdered in Room 873. Some stories tell that the father went crazy and committed murder/suicide. In fact, many speculate that Stephen King's book "The Shining" was based on this family's story.  Guests have heard bloody violent screams coming out of this room in the middle of the night. Shockingly, others have seen bloody handprints on the mirror. What makes this story chilling, as of 2017, this room remains inaccessible from the hallway.

Then there's the story of a phantom bride. (Sometimes she is called the Ghost Bride and/or Doomed Bride.) Even though there are many variations to her story, the most commonly heard is that in the 1930s, a new bride fell down the curved staircase at the hotel to her death. Of course, this all happened right before the wedding festivities were to begin. The staff and guests alike have cited seeing her dancing the Cascade Ballroom in her bridal gown. Others have seen her walking up and down the scene of her death the grand marble staircases.  She is so locally adored and acknowledged, that she even has her own collector's coin and stamp from the Royal Canadian Mint!

A majestic mansion was built by a Scottish coal-mining millionaire, Robert Dunsmuir and his wife Jane, for their personal home in the 1890s. Unfortunately, he did not live long enough to enjoy his dream come true. Joining the tragedies associated with this property, the first architect Warren Heywood Williams, died as well before the finalization of the castle.

With so much tragedy plaguing the original owner dynasty, there is little doubt that this is one of the most haunted properties in Canada. The apparition of a woman in white has been seen several times standing and looking out of the castle's windows. More often, she has been seen walking down the main stairs in a ball gown. Many have determined that this is, Jane, the wife of the original owner.  The basement of the castle is supposedly haunted, as well. It is assumed to be haunted by a young girl, and some say that she is the second daughter of Robert Dunsmuir; she died soon after Robert. Her spectra has been seen standing in the cellar area glaring at the floor. However, she doesn’t stay for long, soon after when someone enters, she fades away.

There have been many guests staying at the hotel over the years, and some of them have reported strange things like ghostly figures in the halls, rattling silverware, spooky noises, and a more vague feeling of a presence. The dining room is notorious for activity, with sounds that are heard from outside locked doors with no one in the space. Other folks have heard the sounds of crying, moaning, and whispers that are not clear for interpretation.  One of the most common types of hauntings that are said to occur involves apparitions appearing at the ends of beds in which the guests stay. Reports of both a male and a female apparition have been documented. It is believed that both of these spirits are from the earliest days of the hotel when several people were in and out of the establishment on a regular basis. Need a recommendation of what room to book when staying at this hotel?  Many ghost hunting enthusiasts claim Room 202 as the room to request. It is believed this is the room where a woman committed suicide. After being notified that her husband had perished in an automobile accident, she was overcome with grief. She responded by hanging herself in the closet. Her deep anguish in her last moments of life, have trapped her in Room 202. Guests who have stayed in here have reported seeing the apparition of a woman, appearing to be in a mournful state. She is seen as wandering around. Her spirit is said not to be troublesome or frightening. She is simply melancholy, searching for something she has not been able to ever find.

One of the oldest hotels in the British Columbian capital, the Empress Hotel was designed by Francis Rattenbury and opened in 1908.

Much of the paranormal activity that occurs in this majestic hotel circles around the hotel's designer, Francis Rattenbury, who was murdered in 1935. You will see his apparition of a thin mustached man usually walking the halls of the hotel with a cane. A construction worker who took his own life is said to also haunt this majestic hotel. During the 1960s, a construction worker working on the west tower’s top floor saw a shadowy form swinging from the ceiling. When he went to investigate, he found nothing there. Later he found out that just a year ago a fellow employee hung himself in this same spot. Guests have reported seeing an elderly woman in pajamas knocking on their door. When guests try to help her find her room she leads them toward the elevator before vanishing. She is believed to be a ghost that once haunted one room after dying of natural causes. Unfortunately, her room was demolished to make room for more elevators. Could this explain her constant retrieval of guests to the elevator?

Being one of Canada's oldest national historic sites, dating back to the 1850s, the Halifax Citadel has housed thousands of soldiers, visitors, and reenactors over the year. The original fortress should be said, was erected in constructed in 1749 was called Fort George.

Among the 36 documented (yes, everyone is logged into a record) ghost sightings at the Citadel, one stands out as the most active, the phantom known as the Grey Lady. The most undeniable experience with the spectral being occurred with an employee whose main responsibility was to sit in a specific chair at one of the ends of the building and greet visitors as they came in. One day, a woman dressed in white attire entered the Cavalier. Assuming she was a tourist, the employee got up to welcome her. However, when he looked up she was gone. He saw the woman a few times after this experience, always wearing the same white dress. And always disappearing right before he is given an opportunity to speak with her.  Provided with much research, the Grey Lady's name is Cassie Allen. In the early 1900s, she was once supposed to marry a soldier who stationed at the fort. The night prior to the wedding, Cassie's fiancée and another soldier got into a heated argument about the upcoming wedding's legitimacy. For you see, it was discovered that he had another wife who was in a mental hospital in Bermuda.  After the fight, the fiancé hung himself in one of the other buildings and was discovered when a carriage went to take him to church. Eventually, the church was demolished, leaving only one chair behind that was given to the Citadel.  Because this was the chair that the employee sat on when he saw the Grey Lady's apparition, it provided the foundation for the cause of the haunting. The Grey Lady has been seen by a multitude of others, with or without the church chair. Some of the staff initially see her as an intruder, for she truly is three dimensional. But when approaching her closer, she vanishes into thin air.

Here are some of our best picks for more spooky reads about Haunted Canada ... 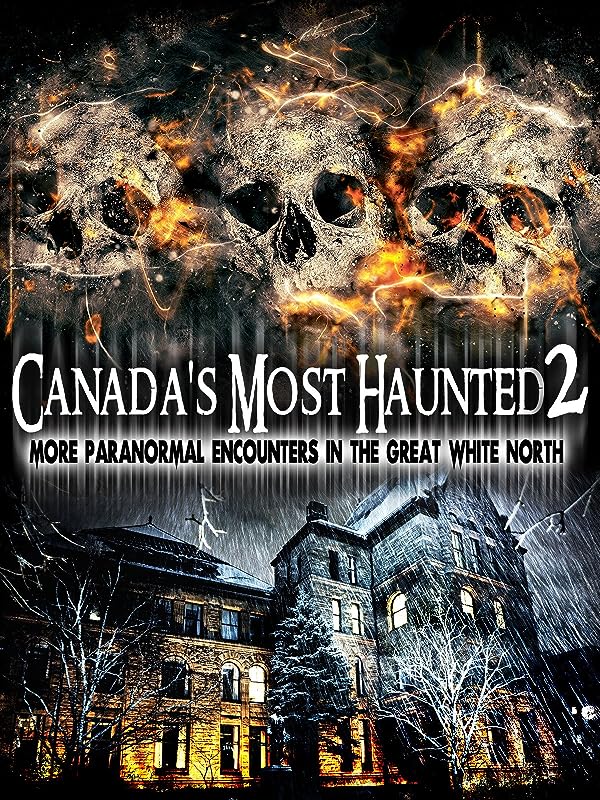 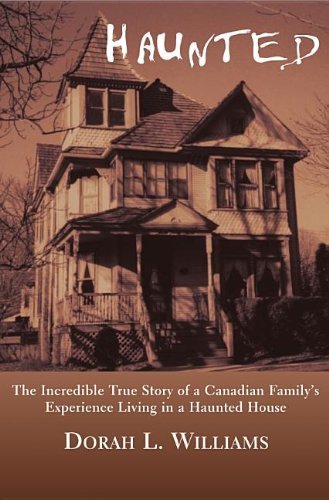