5 of the Most Haunted in Connecticut USA: Phantoms of the Constitution State!

Written by Haunted Journeys
Published: 23 May 2020

The phantoms of five of the most haunted places in Connecticut are eager to tell their spooky stories. Here are our spine-chilling picks from the Constitution State!

In 1754, Captain William Grant built a "suitable" home in Poquetanuck Village for his beloved wife Mercy, and their children. Even though Captain Grant later died at sea, this Revolutionary home served the family well. Mrs. Mercy lived there well into her 80s. Three generations of Grants followed her. The property also played roles in both American early wars, the Revolutionary War and the Civil War. Mercy Adelaide Avery is the inn’s most famous spirit. She also happens to be buried in the cemetery adjacent to the inn.  She haunts the inn, waiting in vain for her beloved husband; Captain William Grant (who was lost at sea) to return home. Adelaide has a room named after her and has made it a habit to pull the shower curtain off its rod even after it is glued and nailed on. Guests have awakened in the middle of the night to see a woman dressed in Colonial-era clothes, holding hands with two children standing at the end of the bed! She sometimes plays with the TV, turning it off and on. Adelaide has also been seen on the inn’s main staircase. There are other phantoms in the buildings as well, making themselves known with strange knocking and visual strange shapes that form before the guests' eyes.

Six generations of the Benton Family have lived in this modest red Cape Cod that was built in 1720 by Daniel Benton.  Elisha Benton, Daniel’s grandson, who was a patriot and is suspected to still lurk these walls. Captured during the Revolutionary War, he was imprisoned where he contracted smallpox. He was traded for a British prisoner and sent home. He was reunited with his true love, Jemima Barrows. Despite family objections, because Elisha was 12 years older than her, Jemima took care of the declining Elisha. Sadly, she had to watch him die in January 1777.  Unfortunately, she also became infected with smallpox and died five weeks after her beloved did. Because they were never wedded, they were separated from their burials. As a result of the tragic deaths of Elijah and Jemima death, one can feel deep oppression as this energy of grief has never left. Over the decades, many have reported supernatural activities in this (now) museum. Many witnesses experience unusual lights and ghostly figures moving in front of windows at night. Others have heard the sad disembodied cries of a girl weeping or see the specter of a young woman wandering the house in a wedding dress. Also the shade of a young soldier has been sighted roaming the grounds as if he was looking for his lost beloved one.

This tavern was built by Jonathon Pettibone, Jr. to serve as a stagecoach stop in 1780, serving the Boston to Albany Turnpike. A good tavern always has a good story, and this one is no exception. Mrs. Abigail Pettibone was the wife of a whaling captain who was gone for long stretches. Abigail supposedly sought comfort in the arms of another man. One time, Captain Pettibone unexpectedly came home early, caught his wife and her lover. In his rage, he immediately killed both with an ax. This perfect tale that is followed by haunts, and it does! This tavern is an absolute hotbed for paranormal activity. Abigail's phantom is said to still roam the tavern. Her ghostly apparition has been repeatedly seen by patrons and employees over the years. Others have reported feeling a chill when the pass the ladies' room on the second floor. Add disembodied voices, furniture moving on its own, and seeing candles relight on their own, you have a great reason to plan a nice visit to this lovely restaurant.

The cemetery dates back to the late 1600s. When the paranormal royalty of Ed and Lorraine Warren wrote a book about a haunted cemetery, you could only imagine how supernaturally intense this burial ground. The Warrens delivered an extensive investigation of this site, published to a book called Graveyard. This is one cemetery that certainly stands out. With over three hundred years of history and fifty years of reported sightings, Connecticut’s Union Cemetery is listed as one of the most haunted places in the entire country. It is also said that the Union Cemetery is the most demonic burial grounds in America. Beware of the White Lady, said to make nightly appearances as she walks through the graves and stands in the road to scare drivers. Others have seen the ghost globules and mists that have also been captured. "Red Eyes" is an entity that presents as his name details, showing himself with glowing crimson eyes that peer out from the underbrush. There are more, many more haunts in this phantom-drenched property.

Connecticut's Oldest Inn, formerly the Curtis House and the Evergreen Inn & Tavern, was built prior to 1736 as a home by Anthony Stoddard. Previously known as the infamous Curtis House Hotel, it may have had its name changed and undergone a serious renovation since appearing on Gordon Ramsay's Hotel Hell. Famous paranormal investigator, Lorraine Warren and her husband Ed Warren, with their multitudes of legendary investigations, added their stamp of ghostly approval of the legitimacy of the haunts of this inn. Christmas time does heighten the activity at this inn. According to a previous innkeeper/owner there are at least four known phantoms that reside here. One is described as a matronly woman who watches over the dining room. Apparently, she likes everything to be as it should be in the inn. Another is an elegant confederate gentleman who is said to be quite loud about removing his boots at night. The third is Sally, who is described by the staff of the inn as a dear friend. Lastly there is Joe who is a former dishwasher of the inn. He truly loved this place and asked to bury on the property. Guests have regularly reported hearing voices from the dead. Others may hear disembodied footsteps. In addition, figures may suddenly appear in the rooms throughout the inn. The TVs may turn on/off on their own. 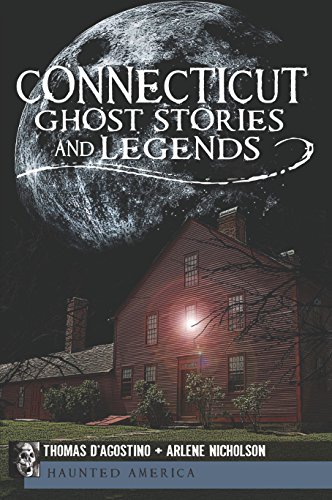 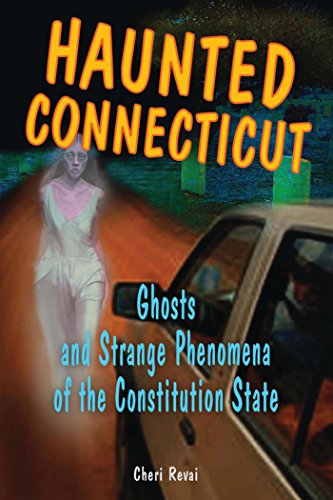