5 of the Most Haunted in Gettysburg USA: Phantoms of the American Battlefield!

The phantoms of five of the most haunted places in Gettysburg are eager to tell their spooky stories. Here are our spine-chilling picks from the American Battlefield!

There is nothing more solemn and hollowed than the 10,000-acre battlefield that was the stage for the famous Civil War's Battle of Gettysburg. The bloody 3-day fight took place from July 1st to July 3rd, 1863. More than 50,000 men died horrible deaths, spilling more blood than any other Civil War engagement.

Easily considered to be the most haunted location in all of Gettysburg, the National Military Park has been the background for an innumerable number of paranormal experiences. When visiting, prepare to encounter strange and unexplained activity, such as your camera or cell phone malfunctioning. You may hear the sounds of weeping nurses and even ghostly apparitions. Many soldiers are said to still haunt the place where they spent the final moments of their unfinished young lives. The most concentrated supernatural hotspots in the park are Devils' Den, Little Round Top, and Spangler Spring. The fighting at Devil's Den was intense and dictated by the unusual topography. On the second day of the Battle of Gettysburg, 5,500 Confederate troops attacked the left flank of the Union position on Little Roundtop. To get there, they first had to take Devil's Den, where the maze of boulders made it nearly impossible to see the enemy.  One swampy section of open land between the boulders and Little Roundtop earned the name the "Slaughter Pen" for how many soldiers from both sides were gunned down in the crossfire. One particular Texan soldier ghost has been seen multiple times, as recently as 2010, also known as the "Helpful Hippy".  He appears as a disheveled figure in a floppy hat, shoulder-length hair, bare feet, and ragged clothes. Years ago, a woman reported to the park rangers that she had gotten turned around during an early morning visit to the rocks. Suddenly a man appeared behind out of nowhere. He pointed off in the distance, saying, "What you're looking for is over there." And then he vanished. Be aware, if you wear your Texas-themed T-Shirt, you may attract him.

While walking the trail, people have reported seeing shadow figures and hearing disembodied whispers. Some get the feeling of being watched and even touched. In addition to the eight acres in these haunted trails, they have added a haunted cellar, favored by the presence of the spirits that call this their home. Walter, who is buried on the property is very active. Visitors communicate with him in various settings inside and outside the house. A photograph of a Confederate Soldier, thought to be Walter, has been captured in the property's cellar.

Built in 1842, this home was witness to the Battle of Gettysburg. Mary Virginia Wade, also known as Jennie Wade, at the age of 20, she was the only direct civilian casualty of the battle, when she was killed by a stray bullet on July 3, 1863. Jennie was in her sister's kitchen, hard at work making bread for hungry Union soldiers. Suddenly errant bullet from a Confederate sniper's musket ball smashed through the door on the north side of the house. Unfortunately, fate put Jennie on the line of fire, piercing her heart. Jennie died instantly.

Many say that her bizarre death has kept Jennie Wade from ever leaving her sister's little home. With multitudes of stories and captured paranormal evidence, many people believe that this home is haunted. Jennie Wade's apparition has been seen and captured in photographs. Other evidence, such as the aroma of freshly baked bread baking, has also been experienced. It is said this was an activity she was doing went she met her demise. You may also smell her favorite rose-scented perfume. Many have reported that her father haunts the basement of the house. Another unknown male entity haunts the upstairs. He smokes cigars and on occasion lets invisible ashes fall on visitors to catch their attention. Children have also been heard throughout the property. Digital recordings of childlike voices saying "Hey" have been caught. They are said to have grabbed on people's ankles affectionately during tours.

Located on the edge of the Gettysburg Battlefield, its inn oldest section of the inn was constructed in 1812 on the Bushman Farm. It served as a field hospital for the Army of the Potomac during the Civil War's Battle of Gettysburg. The main dining room was the space used as a surgical center for military and civilians alike, where anesthesia for procedures was almost non-existent.

The innkeepers keep a binder packed with reports and captured evidence of their supernatural activity. Make sure to ask to review, if you wish to be spectrally awed!  Among this collection, you will find a photo of captured phantoms of Confederate Soldiers wearing their greys.   The photo appears to show two seated near the French-style double doors and two standing just outside. One of them appears to be wearing a black armband which was worn by Confederates for a time, after the death of the famous General Stonewall Jackson. Also dwelling in these spaces is a ghost that appears to be a true ladies' man. Geoffrey, or aka "Lover Boy" (as called whimsically by the staff) prefers to be in the Primrose Room. His behavior displays a preference for women with blonde hair. Women have reported feeling him rubbing their feet and hearing the sound of male singing in their ear. On occasion, there have also been reports of an invisible entity getting into bed with guests.

Being the oldest (still operating) hotel in Pennsylvania, this hotel is intensified with a very significant history. Established in 1797, Gettysburg Hotel was first Scott's Tavern.  During the summer of 1863, the spare rooms on the site of the tavern became makeshift medical rooms to aiding the injured with the overflow from the Gettysburg Battle's overflow of wounded and dying victims.

Most guests talk about seeing a Civil War-era nurse they call Rachel. It is said she died inside the hotel during the battle. Most see her rushing down the halls and out into the street. Sometimes she is seen looking for wounded soldiers to care for and she has been known to open drawers and remove the contents. Guests have also reported seeing a wounded soldier and a lady dancing together in the ballroom. Other times, phantom apparitions of Civil War soldiers have also been seen in the ballroom. It is said they are there to protect the mortal dwellers of this historic hotel. There is also the phantom of a well-respected Civil War Union solder that appears as a pale and faint looking in his uniform of blues. He is believed to be James Culbertonson of Company K from the Pennsylvania Reserves.

Here are more chilling tales about Haunted Gettysburg that we recommend... 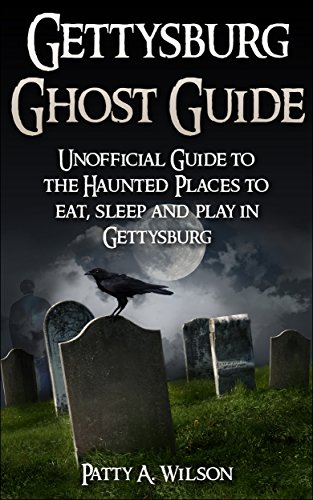