5 of the Most Haunted in Maine USA: Phantoms of the Pine Tree State!

The phantoms of five of the most haunted places in Maine are eager to tell their spooky stories. Here are our spine-chilling picks from the Pine Tree State!

The Chapman Inn in Bethel was built in 1865. It was the home of the wealthy William Rogers Chapman family. He and his wife Emma had a daughter named Abigail, born with compromised physical health. Abigail's health, as she grew older, did not improve. She needed so much more care than William Chapman brought into the home a companion/nanny for her.  Throughout Abigail’s short life her companion was her only friend and contact with the outside world.   After Abigail passed away at the age of 16. The companion stayed on in the house, although in a somewhat different capacity.  Many feel that she was also Chapman’s mistress.

The hauntings here are said to be Abigail and her caregiving companion who was left the estate’s home when William Chapman died, with the contingency she never leaves. And that she did (and still does). You may see doors that open and close on their own. Some here disembodied footsteps where no one is there. Others feel cold drafts in closed rooms with no sources, even on hot summer days and nights.  Disembodied voices from a woman have been heard. One spirit appears to be a very young, perhaps belonging to Abigail who died when she was 16. Check out the image caught witnessed of a white spectral apparition in our ARTICLE about the Inn. There have been two reported sightings of a black cat that exited the room quickly when the room was entered.  Normally this would not be an issue, except the cat left the room through a solid wall.

Bull Feeney's Restaurant and Irish pub was officially opened on St. Patrick's Day 2002.  The building itself was constructed in 1866-1867 after the Great Fire of July 4, 1866, destroyed Fore Street and a great section of the city. After a stretch as a tailor shop, it became the Seamen's Club. Today, it is a tavern that tributes the Irish Immigrant John A. Feeney's son, Football star Bull Feeney who turned out to be an accomplished Hollywood producer, John Ford.

Patrons and servers alike claim the restaurant is haunted by a woman dressed in period clothing in the bar and upstairs tea rooms. She likes walking up and down the staircase, navigating people in her direction. She is also spotted in the upstairs tea room.  She’s never disturbed the guests or is spooky at any time. In fact, many patrons felt she was hired as an entertainer in the tavern due to her friendliness.  The only thing was that the pub never hired such a woman. There are a couple of bathrooms at the pub that used to be a room with leather chairs and sofas called The Whiskey Room. When the room was being renovated, there was an old piano in there that people heard playing by itself.

The inn is named for Admiral Robert E. Peary, a previous resident of the town. Robert Edwin Peary was born in Pennsylvania in 1856. At the age of three, his father died, and his mother took him to Portland, Maine, where he spent his boyhood. He lived at the Admiral Peary Inn from 1877 to 1881. He was the town curator, a taxidermist, and justice of the peace. He entered the naval service as a Civil Engineer, USN, with the rank of Lieutenant, in 1881. Twenty-three years after he left the Navy Department for his first exploration journey, he reached the earth's North Pole. This was the expedition that achieved what no previous human had ever accomplished.

To be haunted by a sweet child bring softness and innocence to a property. So stands this beautiful inn. Owners Hilary and Derreck Schlottmann can’t find any historical evidence of any child having lived or died here in the 19th-century house. But guests repeatedly report seeing an apparition of a little girl about seven or eight years old.  Despite this interesting fact that the innkeepers don’t regularly bring the subject up to guests, not wanting to frighten anyone.  But those that are intrigued ghost explorations have been offered to the public that has responded with great interest. A psychic guest told the Schlottmanns that the little girl’s name is Annabelle. A paranormal group does have photographic evidence.

The Captain Lord Mansion was built in 1812 by wealthy shipbuilder, Captain Nathaniel Lord. The captain did not enjoy his home for long; he died in 1815 at the age of thirty-nine. His wife Phoebe would raise their nine children there alone.

This beautiful inn has a spectral history as well. In the Lincoln Suite, a female apparition has made her presence. She is dressed in 1800’s period clothing and has been seen walking randomly in this beautiful room. A young couple on their honeymoon got an unexpected thrill of seeing this night gown-clad woman float through their bedroom, and then disappear into the wall. She is also seen in the hallway and on the spiral staircase that leads up to the cupola. Many believe that she is the phantom of the wife of Captain Lord, who spent much of her early widowhood raising her nine children. The suite was originally (and mysteriously called) the Wisteria Room, which means “remembrance of the dead.” This is probably an indicator that her spectral image has been haunting this room for a while.

When Sea Captain George Lindsey built the (current) Captain Lindsey House in 1837, it was one of Rockland’s first inns.

When booking a room, make sure to ask for a room on the first floor. There's a good chance you will hear people walking around on the hallway or even doors slamming on their own. Imagine hearing furniture being moved around on the upper floor even when no one is upstairs. Each room seems to have its own story. In a few of the rooms, you’ll first see the beds are made neatly, covers smooth, but if you go back into the room later, a handprint can be seen on one of the beds, or on other beds, there are impressions as if someone had been sitting on it. A cabinet in the sitting room will show a woman’s face. Faint voices have been heard, and pictures reveal many orbs in all parts of the house. Many say that Captain Lindsey is still lurking in his living space. Chillingly, a Scientologist once told the owners that there may be as many as 35 other spirits there as well. 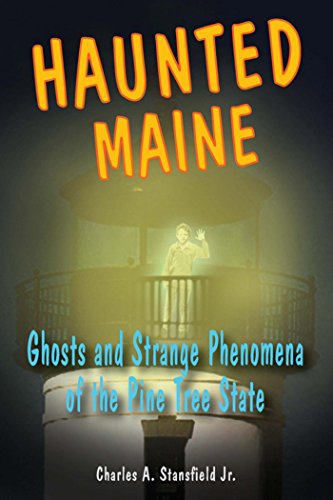 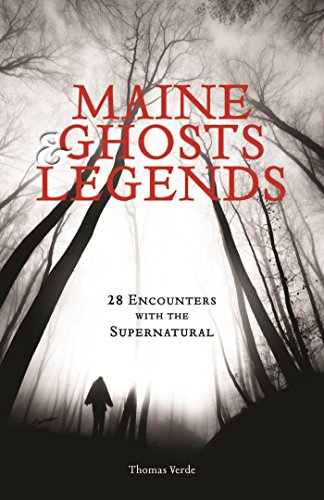