5 of the Most Haunted in North Dakota USA: Phantoms of the Peace Garden State!

The phantoms of five of the most haunted places in North Dakota are eager to tell their spooky stories. Here are our spine-chilling picks from the Peace Garden State!

Named the Metropolitan Hotel when it was built in 1884 by George Fitzgerald. It was built in anticipation of a population growth that never really happened. Its name was changed to the Rough Riders Hotel in 1905 in honor of President Theodore Roosevelt's regiment's nickname during the Spanish American War. Roosevelt visited the hotel and gave a speech off the balcony in 1903.

Over the last three decades, guests at the hotel have reported encountering the ghost of a young boy on the top floor. Many are awakened by sounds of a child playing in the hallway, but upon further investigation, no child can be found. Disembodied laughter and the sound of toilets flushing is also reported. So far, no historical events have been found to explain this otherworldly presence.

The Rock Roof Inn is a cozy bed and breakfast in western North Dakota named for the orange-red rock, or scoria, on its roof. Originally a house that belonged to one of the owner's father. It was renovated in 1983 to include a first-floor art studio where you can browse gifts created by local craftspeople, sunny sitting rooms, a beautiful deck and comfortable, bedrooms.

Rock Roof Inn is said to be the home of a very active poltergeist spirit, who apparently likes to open and close doors. Locked doors to guest rooms will open in the middle of the night when inhabited. Strangely, when found they remain locked (as guests had secured), yet are widely open. We strongly recommend this property for an exploratory investigation, but do bring back more details!

Chateau de Mores was built in 1883 by Antoine de Vallombrosa, the Marquis de Mores, as a summer home for his family. He also created a new town which he called Medora, in honor of his wife. The family visited the home in the summer from 1883 to 1886. In 1886, for the most part, the property was abandoned.  Later it became a boarding house, leading to more deterioration. The house and property were given to the state in 1936 with the understanding that it would be maintained and opened to the public.

The chateau is said to be haunted by a female apparition that lurks throughout the entire property. Many suspect it is Medora. Others claim to have seen apparitions of caretakers, obviously refusing to give up their work, even after their lives were ended. There are also strange lights that come on inside the building when it’s empty. Dark shadows have also been witnessed, which can be a bit terrifying.  Many hear disembodied laughter that has no physical source. Some have also reported feeling cold spots throughout the chateau with a feeling of being watched, or most uncomfortable, an unexplainable sense of distress and unease.

This sweet historical property was constructed in 1928. It was originally called the “White School”. It was one of the first rural consolidated primary schools in North Dakota. Due to a declining rural population, the school closed in 1968. In 1996, this 10,000 sq. foot space was converted to a bed and breakfast with a restaurant.

The yesteryears are here with haunts from its bygone period as a schoolhouse, as verified by many guests. The spectral entities are children, being children ... playful and maybe a bit mischievous.  You will also get the presence of the adults that were part of this very progressive schoolhouse. You may experience items being moved around or just plain missing. (Of course, they will always come back to their place!) There is also an unexplained cigar smell that is said to be the ghost of the school's old principal.

This beautiful Queen Anne Victorian-style house was constructed in 1884. Known then as the Fisher Mansion, it originally served as a private residence for Asa Fisher. He sold the house to the State in 1893.  Through the State-Owned era, it has housed 20 Governors between 1893 and 1960.

One of the former governors of North Dakota, Frank Briggs, that lived in this mansion also died here. He passed from tuberculosis in the master bedroom of the house in 1898. Many visitors and employees have had unexplained experiences here. Witnesses have seen curtains move on their own with still air. The door to the Master Bedroom has been seen opening and closing by itself. The closet door in the bedroom slams itself shut, which is hard to explain for it is a pretty heavy door. Guests have also felt a tap on their shoulder by unseen hands. The staircase is also a hotspot for the building. Staff and visitors have heard disembodied footsteps leading from the second floor to the attic. 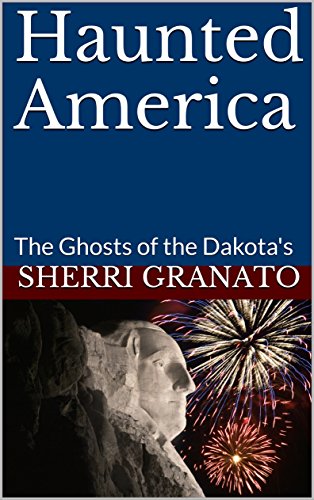