5 of the Most Haunted in Oklahoma USA: Phantoms of the Sooner State!

The phantoms of five of the most haunted places in Oklahoma are eager to tell their spooky stories. Here are our spine-chilling picks from the Sooner State!

This property constructed in 1907 is today an exquisite Victorian-style Inn that was the home to the Houghton Family that included twelve children. One was Irene who became ill and died of whooping cough at the age of eight. It is rumored that the child received an overdose of cough medicine by her nanny that contained opium. When the Houghton family moved out it became a boarding home and later followed as a funeral home.

There is a mischievous ghost child who has been seen and felt throughout the home. The spirit is said to be Irene Houghton, who was eight years old when she left her physical plane. As any child, she has been known to squeeze the toes of sleeping guests. Sometimes she will crawl into bed with you. You may hear the eerie tap-tap-tap of her tiny footsteps walking from the second floor to the third.  Irene is not the only spectral here, for folks have also encountered a strong male entity who lingers in the basement where the morgue once was.

In 1913 young Thomas Gilcrease first found the land that would later hold his legacy and wealth through oil. As a multi-millionaire and oil baron by his early twenties, Gilcrease began collecting oil paintings, artifacts of the American West and Native American artwork, a nod to both his love of European art collections and his native Creek heritage. This collection, acquired over a lifetime, is now housed at the Gilcrease Museum. He died in 1962.

It is said that the museum has a high turnover rate for night security guards due to the incredible supernatural activity that happens here. Strange whispers in the dark, the mysterious slamming of doors and a long-gone Tulsa oil man the famed Gilcrease Museum.   Gilcrease is often witnessed wandering on the grounds of his original rock house. Rightfully, it is called “Tom’s Place”. You may find his apparition enjoying a stroll along the museum’s garden pathways leading to his remains that are reverently kept here within a mausoleum. He is not alone.  Visitors to the Gilcrease gardens may also spot the ghosts of several Native American children running throughout the gardens, as the original house was used as an orphanage when Gilcrease was away on business.

Built in 1911 by William Balser 'Bill' Skirvin, the Skirvin Hilton hotel has over 100 years of rich history in downtown Oklahoma City. Bill was an oilman, and he wanted to build a hotel that would be a welcoming atmosphere for all types of travelers. Though Bill Skirvin's heart belonged to his Oklahoma City hotel, he couldn't escape the lure of booze and women.

The haunted reputation has inherited from legends about its original owner, Bill Skirvin, and a maid, Effie, who was apparently pregnant with Skirvin's child.  It is said that Skirvin locked Effie and the infant in one of the hotel's rooms. Effie and her baby died trying to escape through its window. Guests now report hearing a female voice while alone in their rooms. Effie was known as a woman with "loose morals" and guests of the Skirvin Hilton Hotel. Male guests have seen Effie's apparition as a naked woman who propositions them. She will even visit them in the shower!  Over the years, hotel staff has reported objects moving by themselves and strange noises at night. Folks have also reported hearing a baby crying. Objects will be moved and be displaced on their own. Also, bizarre noises have been cited, included that which sounds a zipper being opened and closed.  The haunts are prominent on the tenth floor. Doors will slam shut close with unseen hands and strange sounds outside of the rooms.

In 1945, the St. Vincent’s Asylum was constructed and operated by the religious order called Brothers of Mercy. It was purposed to serve as a mental hospital for men. Unfortunately, darkness penetrated, when in the 1960s various murders occurred in the asylum. The first known reported incident was done by a nurse in 1961 who suffocated two patients. A priest, called Father Richard Frank Dolan, ran the asylum. Eventually, he turned it into an alcoholic’s living center, called The Main Artery. He operated the facility until the mid-1970 when it closed. Other multiple deaths and murders followed, leading to the closure of the hospital in the 1980s.

The Victorian-style Belvidere Mansion was constructed by the Bayless family in 1907. Bayless, who was instrumental in building several railroad enterprises in the Ozarks, was also a successful banker and land developer. Unfortunately six months before its completion, Mr. Bayless died from an appendectomy. His wife and her six surviving children moved into the home and occupied it until 1919. The building then changed hands several times and in the 1930s was sold to an investor who turned it into apartments. Like other historic structures that become rentals, the mansion deteriorated over the years until 1991 when the Rogers County Historical Society purchased and restored it to its former glory, fitted with period furnishings. It is listed on the National Register of Historic Places.

It is believed the spirits of the Bayless family haunt this mansion. These allegations are composed of unexplained noises, toilets that flush by themselves, hot and cold spots, and feelings of being touched by someone when no one is there.  Actual hazy figures in dim lights will be seen and unexplained noises have been heard on numerous occasions. Paranormal teams have investigated the mansion, seeming to find the most supernatural activity is on the second floor. Psychic mediums have seen children playing, as well as a distressed John Bayless. They also have reported communicating and witnessing a distraught young woman who allegedly committed suicide when she lived in the building as a tenant in the 1940’s. 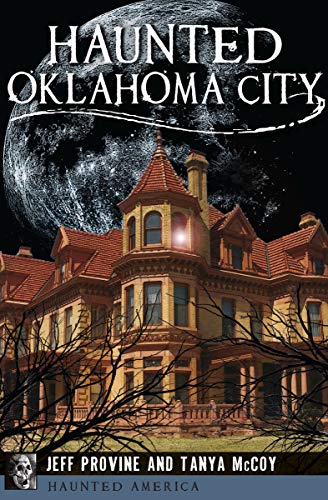