5 of the Most Haunted in Puerto Rico USA: Phantoms of the Isla del Encanto (Enchanted Island)!

The phantoms of five of the most haunted places in Puerto Rico are eager to tell their spooky stories. Here are our spine-chilling picks from the Isla del Encanto!

Built in the 16th century, the Castillo San Felipe del Morro (locally called "El Morro") is one of the oldest and most haunted spots in Puerto Rico.

The activity is said to be intense, perhaps introducing you to a Spanish soldier who roams the grounds still watching out for enemy ships. You may also actually see phantom orbs floating around the different rooms. But this landmark's most notorious sighting is that of a woman in spirit, dressed in white. She is said to terrifyingly slither along the ramparts of this massive historic property. Every night, it's said that Ghost Ships of every nation that ever attacked this lovely island line up in the dark, to re-attempt the horrors of their deeds. You will also hear moans of long-forgotten fallen soldiers and old prisoners that suffered within these walls. The citadel's chapel is also a spot of great haunted intensity as verified by many paranormal investigations.

The construction of the Fort was completed in 1783. Built by Spain, it served as protection against land-based attacks on the city of San Juan. This property also carries an ancient and devastating love story (as authored in 1910’s “Puerto Rican Legends and Traditions”). The story speaks of a young woman named Maria Dolores, whose father was the city’s executioner. She fell in love with a young wandering thief named Betancourt.  Betancourt was caught stealing and later executed by Maria’s father. Left hanging in the gallows, his body was discovered by Maria. In response to her immense grief at her lover's death, Maria hanged herself next to him. Later, when seeking to dispose of the criminal's body, Maria’s father was horrified to find his daughter's body hanging alongside, too. It is said that Maria Delores and Betancourt can be seen from time to time lurking the grounds that both met their final gruesome demise.

Another historical imprinted that has possibly enhanced the hauntings here are soldiers that have been noted to mysteriously disappearing.  Home to La Garita del Diablo (The Devil's Turret or Devil’s Watchtower), San Cristóbal is said to be a place where soldiers vanished. When it was still in use, night watchmen would call out to each other “alert” to signal that they were still there. Sometimes, there would be no response and the soldiers would never be seen again (at least, not by the living). It is told the devil devoured their souls and bodies only leaving their uniforms and weapons behind.

As with many theatrical venues, with the intensity of artistic energy and the historical age of this property, there have been multitudes of spiritual sightings have been witnessed by its visitors and staff.  Reports of actual apparitions, including that of a female that appears in an Edwardian Era dress, has been spotted in Box 105. She will suddenly appear behind theater patrons in the middle of a performance, and just as quickly, disappearing. Disembodied footsteps and whispering voices have been heard throughout the theater. Other ghostly activity has been witnessed by actors on stage such as a variety apparitions also seated in the audience boxes, as well as walking about the mezzanine level. Even when the arena is empty, a spectral choir of voices has been heard singing on stage from time to time. Visitors have sometimes felt something brush against them, while no earthly being is near. There is one story at this theatre, of a woman who plummeted to her death while performing at the theater. She is said to be seen wandering within the grounds. Many people claim to have seen her ghost wandering the grounds of Teatro Tapia whenever they watch performances at the said theater.

El Convento Hotel is one of the most stapled historic properties of Old San Juan.  Built in 1646, it is the second-oldest cathedral in the Western Hemisphere and the oldest member of the Historic Hotels of America. It was realized as a monastery by King Phillip IV of Spain with a generous donation from Doña Ana Lanzós y Menendez de Valdez.  First, to join the cloister, Doña Ana was joined later by her sister Antonia and four other women. On January 27, 1962, it was offered to the public as a tranquil, Europe-Style alternative to the glitzy hotels lining the Condado strip.

One of the spectral stories includes the original founder and first Mother Superior of the convent, Doña Ana Lanzós y Menéndez de Valdez. It is said that her phantom is seen roaming the halls of the property.  When found, she is usually praying. Some of their nuns are supposedly haunting the hotel as well. A commonly cited supernatural activity of the paranormal is hearing the swishing sounds of the nun’s robes echoing throughout the hotel halls. Some of the guests have claimed that Doña Ana has awoken them when they've slept in too late. Others will hear the chants of ghostly prayers. Others have heard chains being dragged through the halls.

Built in 1919, the luxurious Condado Vanderbilt Hotel was built by the Vanderbilt family designating the beginning of high-end tourism in Puerto Rico.

The hauntings of El Condado have been hidden from the general public but known widely to the locals. For you see, the workforce that serves the hotel is the ones that have witnessed the events that do not occur near the general guest areas. Near the area of the service elevator on the sixth floor, there seems to be a core of activity, which all avoid during the night shift. As soon as one steps out on this floor one feels the strangest overpowering feeling. It is a combination of sadness and evil blended together. It is explained by the hauntings of the Lady in White.

It is said that she was a relative of one of the Dupont Plana fire victims. Not able to take the tragic death of her loved one in that fire, she threw herself down the shaft of the service elevator here at the Condado Vanderbilt Hotel. Employees would also encounter her apparition in the rooms as they were serviced, or see her walking down the hallways. She is also known for showing her presence by sending the aroma of her perfume to the space she lurked.

More Chilling Stories about Haunted Puerto Rico and the Rest of the Caribbean... 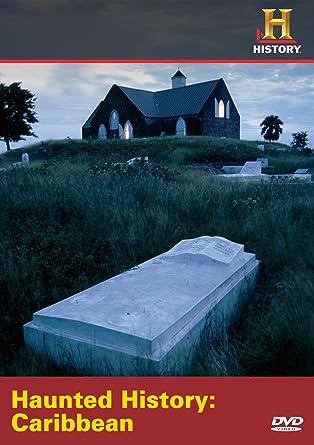 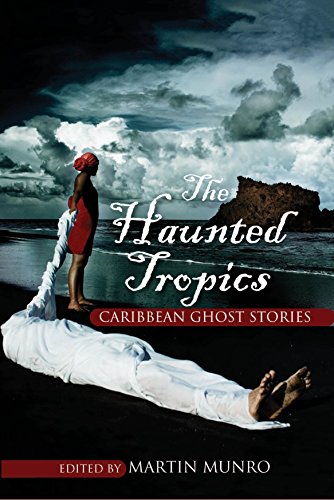