Chattanooga TN is home to one of the most haunted places in the state, Ruby Falls Haunted Cavern. Come explore its mystery with Haunted Journeys.

Ruby Falls is an American Natural Treasure consisting of a series of underground cascading waterfalls totaling over 145 feet!

Ruby Falls Cave, unlike Lookout Mountain Cave, had no natural openings and could not be entered until the 20th century; it, therefore, does not have the various artifacts which are often associated with caves in the southeastern United States. In 1905 the natural entrance to Lookout Mountain Cave was closed during the construction of a railway tunnel. In the 1920s a chemist and cave enthusiast named Leo Lambert thought that he could re-open the cave as a tourist attraction, and formed a company to do so.

He planned to make an opening farther up the mountain than the original opening and transport tourists to the cave via an elevator. For this purpose, his company purchased land on the side of Lookout Mountain above Lookout Mountain Cave and in 1928 began to drill through the limestone. In doing so, they discovered a small passageway about 18 inches high and four feet wide. Exploring this opening, Lambert discovered the formerly hidden Ruby Falls Cave and its waterfall. On his next trip to visit the cave, Lambert took his wife Ruby and told her that he would name the falls after her.

On September 2014 Ruby Falls was proclaimed an official haunted location after a series of thorough and expansive paranormal investigations was held at the site. It is believed there are at least 5 entities, all which have shown themselves as full apparitions. (See video below.)

It is believed one of the spirits that roam these caves is the original cave proprietor, Leo Lamber, and his wife Ruby. It is also believed that there is the phantom of a night watchman who fell to his death down an elevator shaft in the 1970s. He makes his presence known with a smell of sugar cookies, which his wife used to pack in his lunch every day. He is also a bit of a prankster and is fond of unscrewing the light bulb in a particular section of the cave.

One of the most mysterious revelations that the investigation surfaced was the presence of children in the cave and lobby, one of whom is called George. 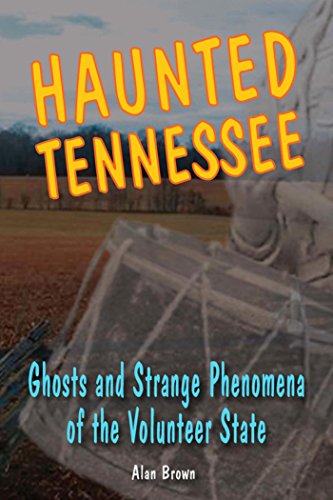 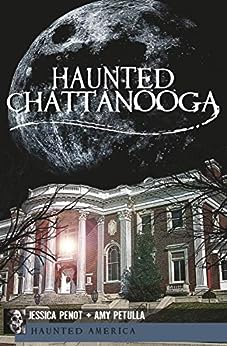