Stay at the Belle Grove!

King George, VA is home to one of the most haunted places in the state, Belle Grove Plantation Bed and Breakfast. Come Explore its mystery with Haunted Journeys.

This southern plantation was established in 1670 as a tobacco plantation with 1,000 acres, with its mansion being built in 1791 for the Hipkins-Bernard family, and expanded for the Turner Family in 1839. This historical Virginia Landmark is respectfully noted as the birthplace of President James Madison on March 16, 1751. This is only one of the very significant events that occurred in this majestic structure.

It was also originally the home of Revolutionary War Major Isaac Hite Jr. For this reason, the Belle Grove Plantation was used as the headquarters of General Philip Henry Sheridan during the Civil War battle of Cedar Creek. The plantation and the livestock were forcibly taken from the Turner Family in 1861 by the Union Army and held until the end of the Civil War. General Robert E. Lee, General Stonewall Jackson, and General Ambrose Burnside are known to have been at this plantation during this time.

Adding an even more significant role to the Civil War historical archives, after the war, Belle Grove played part in the pursue of John Wilkes Booth as a stopover for the Union Soldiers pursuing him. Garrett’s Farm, the location where Booth died is just four miles away from Belle Grove.

The plantation was completely restored between 1997 to 2003 and boasts all original architecture with updated modern conveniences. Today it is a magnificent, well-loved, and popular bed and breakfast.

With all of its military history, it is no surprise that the plantation is haunted. There has been a strong mix of ghostly sightings that have been reported at Belle Grove Plantation Bed and Breakfast over the years. In fact, many of it came from the actual owner and innkeeper, Michelle Darnell.

Michelle has had a fair share of experiences, validating the authenticity of the spectral intensity of the plantation bed and breakfast. Since moving into the Belle Grove in 2013, she has actually seen a total of 23 full-body apparitions. Of these, most were Union Civil War Soldiers. One time, she actually experiences four soldiers at the very same time as she was leaving to go to dinner during the twilight period. Another time she was close enough that she saw every detail watching him from her window. The Union soldier was walking from the side of their porch along the outside wall area toward the south end. He wore an untucked blue shirt. He did have a black belt on the outside of his shirt with blue pants. He wore a Union cap with a symbol on top, no pack, nor a gun. He had brown hair that was shoulder length and walked with his head down, therefore unable to see his facial details.

The spirits of the plantation appear to keep watch and guard over the property, assuring that Michelle, family, and guests are safe. During storms that will help and return the lights on to help them out. They certainly are part of the family!

There is also the Lady in White. The Lady in White's first documented sighting was in September 2012 on the carriage side of the upstairs balcony. When she appears, one can see her long, flowing white gown and long black hair. Is she waiting for someone to return? She is sometimes seen late at night at the Madison Suite and during midday at the Turner Suite window. At times, in the late evening, you may get a peek of her at the white entry post. Fair warning she appears to favor the gentlemen than the ladies.

Then there's Jacob, fun and sweet spirit of a young boy, making his presence known by playing with a ball, moving items, playing with trays of coffee cups, and turning on electrical appliances like televisions. Another shadowy figure haunts the uppermost room of the building. She stands in a black dress with a veil over her head. No one knows who she is. There is so much more to tell about this amazing property.

Not to be dismissed are the spirit cats, the civil war soldiers, plantation slaves, and even members of the original owners, the Hooker Family.

This property has been featured as part of "The World's Largest Ghost Hunt" for several years. (http://www.nationalghosthuntingday.com/) 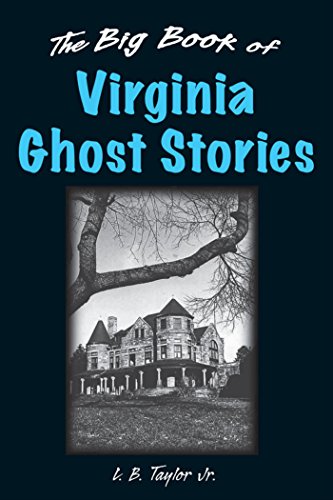