Long Beach CA is home to one of the most haunted places in the state, The Queen Mary. Come explore its mystery with Haunted Journeys.

The Queen Mary’s creation and launch on May 27, 1936, was nothing but extraordinary.  Her story is rich with history, elegance, and grandeur. From the time her construction began in 1930 in Clydebank, Scotland, the Queen Mary was destined to stand in a class all her own. Despite suffering economic setbacks during the Great Depression, which stalled construction on the ship for several years, the Cunard Line spared no expense on building the Queen Mary.

For three years, the Queen Mary had set a new benchmark in transatlantic travel, which the rich and famous considered as the only civilized way to travel. She was the grandest ocean liner of them all, carrying Hollywood celebrities like Bob Hope and Clark Gable, royalty like the Duke and Duchess of Windsor, and dignitaries like Winston Churchill.  When World War II started, the ship was transformed into a troopship.  Camouflaged with grey color and stripped of her luxurious amenities, she served in World War II as a converted troopship. She then picked up the nickname of the "Grey Ghost" because of her stealth and stark color, serving well as the largest and fastest troopship at the time.

After the end of WWII, the ship was retrofitted to return her to her original glory. In 1967, the Queen Mary and has become a popular Southern California attraction, hotel, and venue for special events.

The Queen Mary has been named one of the "Top 10 most haunted places on earth" by Time Magazine. It concentrated historical tracers filled with souls that cared dearly about her ship are the catalyst for such a high density of spirit activity.

Stateroom B340 is one of the most haunted rooms that is offered for overnight guests if they dare! Featured on SyFy Channel's Ghost Hunters and the British TV Series, Most Haunted, room B340 continues to produce incredible evidence of its spiritual presence. Reports date back to the final ocean voyage in 1967, where guests staying in this room claimed that someone was knocking on their door in the middle of the night. Others have reported the bathroom lights turning on by themselves, the sink faucet turning on and off on its own and unexplained bathroom door shutting. Other brave guests told about the covers on their bed being pulled off their beds. Shockingly, others have awakened to find a dark figure standing at the foot of the bed.

Several other areas of the ship have paranormal activity, including the engine room's "Door 13, where supposedly two people have been crushed to death. The most recent death happened in 1966 and it is said the 18-year-old crew member still walks the hall before disappearing by door 13.

Other active spots are the first and second class swimming pools. Neither pool is used today, but women in 1930s swimwear have been seen near the first-class pool. Guests and employees have reported hearing the sounds of splashing and seeing wet footprints leading to the changing rooms. There are also reports of a young girl with her teddy bear being seen near the pool. The second class poolroom is where people claim to see the spirit of another young girl. The story is that a little girl drowned in the pool, and her spirit is still there. People say they have heard a young girl's voice and the sounds of laughter. A beautiful young woman in a white evening gown has been seen dancing in the corner of the Queen's Salon.

Overall, there is no doubt you will find the haunted here, no matter where you are or where you are staying.  Expect to hear water faucets turning on their own, lights turning on in the middle of the night, and phones ringing at odd times. Sounds of knocks, doors slamming, high pitched squeals, and drastic temperature changes are all frequent reports throughout the ship. Would you ever dare to stay in this vessel of phantoms? 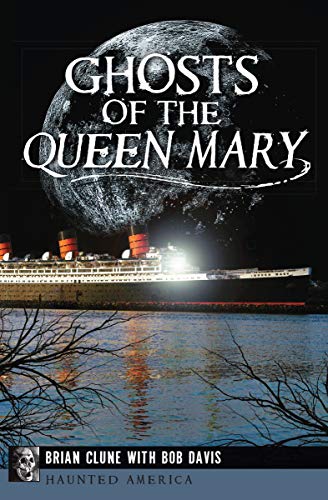 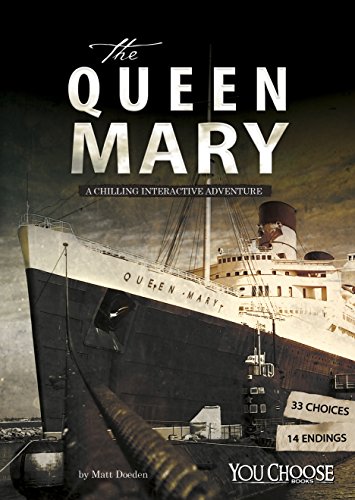