Big Bay MI is home to one of the most haunted places in the state, Big Bay Lighthouse Bed  Breakfast. Come explore its mystery with Haunted Journeys.

Big Bay Point Lighthouse built in 1897, as a duplex with one side for the head lighthouse keeper and the other for the assistant keeper.

The first keeper William Prior, after firing a couple of assistant keepers, he hired his son George to be the assistant keeper. After working there a year, George fell on the steps. He was taken to the hospital and passed away two months later. William became depressed over the death of his son and he disappeared into the woods with his gun and some poison. It was thought he meant to kill himself and a search party was sent out, but they could not find him. Over a year later, a man's skeleton was found hanging from a tree about a mile and a half from the Lighthouse. It was William Prior.

By 1941 the light was automated and in the 1950s, the building and land were leased to the U.S. Army. Large guns were placed on the cliff near the Lighthouse and artillery practice was held by shooting at planes being towed over Lake Superior. The soldiers lived in the meadow and woods to the west of the Lighthouse. One of the soldiers stationed at the Lighthouse murdered the owner of a tavern in town for raping his wife.

In 1961 the Lighthouse and surrounding property were sold to a private owner and in 1986, the property was converted to a bed and breakfast. Guests enjoy beautiful views of the fields, the Huron Mountains and Lake Superior. The guest rooms on the first and second floor are comfortable and cozy.

The ghost of William Prior has been witnessed by many, appearing as a red-haired man wandering the property. One overnight guest reported seeing the reflection of a man, with red hair, wearing a keeper's hat standing behind her in the mirror. Other guests have awakened from sleep to find a man gazing at them from the end of their beds.  The Lightkeeper is given credit for opening and closing doors and windows and turning lights off and on their own. Disembodied footsteps are also heard routinely making their way across the wooden floors.

Don't keep your guard down for ghosts here! Countless other stories tie the ghosts to crewmembers lost at sea during nearby shipwrecks. There are also reports of another phantom that lurks the lighthouse. A woman who was reportedly murdered at the light when it was abandoned in the 1950s apparently lurks the property. 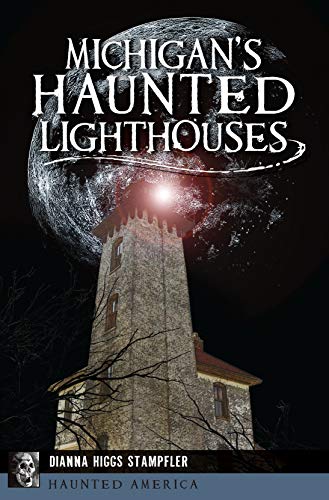