Little Falls NY is home to one of the most haunted restaurants in the state, Beardslee Castle. Come explore its mystery with Haunted Journeys.

The hauntings are intense here and go back many years. For you see, it wasn’t until 1983 when owner Joe Casillo asked for a formal paranormal investigation to be done on the manor. The ghost hunting team captured a large volume of strange voices on their recorder. Promptly they share their findings with all of the local media, and soon the world got attention about the spectral activity here. Unfortunately, just six years later the manor burned for the second time in 1989.

The most primitive source of hauntings is set to involve the usage of the land before the actual castle was built. At one time, a farmhouse stood on its land. Beneath the building on the property was a tunnel that housed a large amount of ammunition. Stories tell us that local Native American Indians found out about the secret stash and broke into the tunnel in an attempt to confiscate it. Unfortunately, during their nighttime raid, the underground stores of gunpowder were ignited. The massive explosion killed the entire Indian outfit. Supposedly, today, the tunnel entrance can actually be seen in the basement of the Beardslee Manor.

Not all of the ghost stories associated with Beardslee Manor relate to the Indian raiding party that died in the tunnels. Most of them deal involve phantoms of the Beardslee family themselves. Captain Beardslee built the manor as a home for his family and lived there until his death in 1939. It was an incredible estate, and even included its own train station for the family’s transportation purposes. Many members of the Beardslee family were buried in a mausoleum that lies right on the property. This mausoleum has long been rumored to be an incredibly haunted place. The mausoleum was desecrated in the 1960s when one of the coffins was removed and opened up and left outdoors. A Little Falls resident was later arrested after he was found in possession of a skull of one of the members of the Beardslee family. This has been noted as a major player in the spectral activity experienced at the castle.

Many people have confirmed that Captain Beardslee himself actually haunts the castle and the grounds surrounding it. Many people report seeing the ghost of a man wandering the grounds of Beardslee Manor carrying a bright lantern. They say that he is searching for his son, who died a tragic death, having been hit by a train. The ghost’s lantern is so bright and so real, that it actually has distracted motorists for decades causing many car accidents along route 5.

Another reason that the hauntings can be associated with has to do with a suicide that occurred in the building. It is recorded that a former owner, Anton Christensen, actually hung himself upstairs. He bought the building in the early 40s, opening a restaurant with his wife. Perhaps the tension of running the business was too hard. Regardless, his ghost has been seen by many employees roaming the corner proximal to where he killed himself.

A woman named Abigail died in the Manor, either by choking or during an epileptic fit. One woman followed Abigail into the Ladies Room, but once in there realized she was alone. She was shocked to know she was following a full ghostly apparition. Another time, a long time employee would hear a woman softly call her name when no one was around. An employee saw a woman dressed in white walking up to a nonexistent staircase, where one had once been. Could this have been Abigail?

The figure of a tall menacing looking man in dark clothes is also seen. He is thought to be Dominie Jake, a man who molested children and supposedly hung himself in disgrace in a tunnel under the restaurant. Could there be any more tragedies to challenge the supernatural intensity of this property?

Regardless of the inspiration for the hauntings (Which there are many!), there is no debate that the manifestations are clearly strong, frequent, and most chilling. Employees and even guests have heard disembodied voices of the dead, all over the castle. Many have seen lights, some that float, and shadows moving about after hours. You will hear phantom footsteps are associated with the souls that were lost at one point inside the castle. Sometimes, even, a strange scream can be heard in the restaurant, disrupting peoples' meal indulgence. And of course, a number of ghosts are seen frequently in the building.

Some of the experiences can almost be defined as a poltergeist. Dining Tables that are properly set will be disarranged by unseen hands.  Glasses will shatter for no reason. Doors will open and close on their own.

After 28 years since the first investigation Beardslee Castle, and having been featured on both television shows Ghost Hunters and Haunted History, this incredible property has become a staple of Central New York ghost stories. 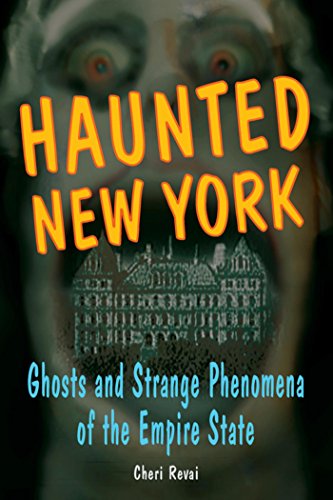