New Orleans, LA is home to one of the most haunted places in the state, Andrew Jackson Hotel.  Come Explore its mystery with Haunted Journeys.

The Andrew Jackson Hotel is perched on land that has seen its fair share of history and tragedy. The site was originally a boarding school and orphanage for boys, which opened its doors in 17922. It served as the home who had lost their parents to Yellow Fever. In 1774, New Orleans was almost destroyed by fires. With it, the boarding school was consumed, including five young boys that perished within.

After the fire, a U.S. Federal Courthouse was built on this land and remained until before the turn of the 20th Century. General Andrew Jackson, who later became the seventh U.S. president, was held in contempt of court and charged with obstruction of justice. The courthouse was demolished and the current building was erected in 1890.

Yes, the Andrew Jackson Hotel is known as one of the most haunted hotels in New Orleans. It is said the building is haunted by the ghost of a young fellow called Armand. Sometimes he will wake up guests with his laughter. Other times he will push them out of their bed.

Other witnesses have reported seeing the caretaker of the orphan boys, as he takes care of the rooms by fluffing pillows and tidying up the quarters. The famed phantom of Andrew Jackson is also said to roam the hallways.

The hotel is not shy about telling their tales, so they eagerly invite guests to come and decide on their own if the building is haunted. Make sure you leave your stories behind as well!

DARE TO STAY?
Click Here to find deals on booking a room this most haunted hotel 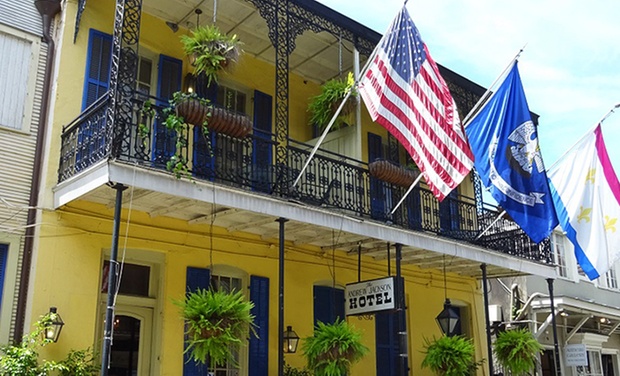 Please select any tag below to see more listings like this!