Stay at this Hotel!

Birmingham AL is home to one of the most haunted places in the state, the Redmont Hotel. Come Explore its mystery with Haunted Journeys.

Opening in 1925, the Redmont Hotel is the oldest running hotel in Birmingham. It was originally designed by renowned architect G. Lloyd Preacher, famed for his work with Atlanta's art deco and neo-gothic City Hall. It was built on the site that was originally the First Christian Church, which was relocated to a different spot in Birmingham.

In 1946 it was purchased by businessman and hotel magnate, Clifford Stiles, who turned the entire top floor into a penthouse apartment for himself and his family.
In 1952, Alabama's most famous sons, Hank Williams Sr., stayed at the Redmont around New Years End when, numerous sources have determined, was his last night alive. Mr. Williams died of a heart attack being driven in his car to a show on New Years Day.

Another interesting historical tidbit is that hotel has a suite informally called "the Lucky Governor's Suite" because two successful candidates, George Wallace and Jim Folson ran campaigns from the hotel in the 1960s.

During the period, the Blue Note Lounge operated within the Redmont, a night club featuring exotic dancers.

After decades of decline, the hotel was purchased in 1983 by an investment group that planned to convert the upper floors into condos. Interestingly, retired NBA players Kareem Abdul-Jabbar and Ralph Sampson were part of this investment group. In this same year, the property was included in the National Register of Historic Places.

The condo development plans were put on hold in the spring of 2006, with the intent of returning the original grand hotel. The hotel underwent a restoration that began in 2014, bringing it back to its original luster of a luxury hotel.

Yet, some of the details did not have to be restored. The souls that have called this home for decades have never left.

From the stories gathered, it appears the Redmont Hotel is haunted just about anywhere! Guests at the hotel have reported strange incidents that could not be explained. For instance doors ten to open and close on their own. Furniture and baggage get shuffled around with the help of mortal hands. Lights will also turn on and off on their own.

An apparition of a female phantom has been seen on the ninth floor. The ghost of a small dog has also been spotted roaming around the hallways.

The penthouse that 1947 owner Clifford Stiles created to live in with his family is said to be haunted by Stiles himself. He died in 1975. Today a rooftop bar is in the penthouse area. He is not limited to his suite, for he likes to roam the hotel and show his displeasure when a room is not cleaned properly. The staff has reported that his spirit will pull the sheets off the beds. Others have claimed that their toiletries have been mysteriously raked into the tub or into the floor. The maids that service the hotel keep on their toes, for they don't wish to spark off Stiles' temper.

Recent witnesses have reported seeing the ghost of Hank Williams, Sr. He materialized in the room he actually stayed in the night before he died.

Historically, this hotel is rich with stories that could possibly spawn off intense supernatural activity. For instance, a group of Birmingham's most influential people, the "Knothole Gang" gathered to plan and make deals in the hotel's Rainbow Room. It would not be hard to imagine some disgruntled activity going on in there. In addition, a wanter robber was killed in the Redmont's lobby during a gun battle with authorities in November of 1934.

So for whatever reason phantoms haunt this property, this hotel is a sure bet in igniting some sort of spectral experience. 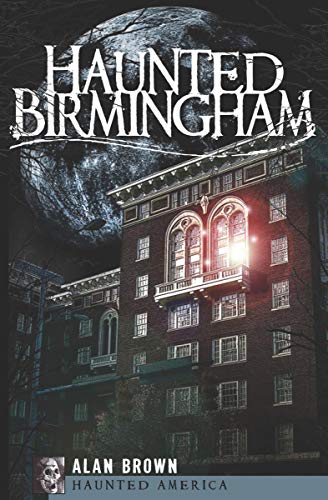