Keosauqua, IA is home to one of the most haunted inns in the state, Mason House Inn & Caboose Cottage. Come explore its mystery with Haunted Journeys.

Originally called the Ashland House, this historical hotel is known today as the Mason House Inn, was built in 1846 by Mormon craftsmen from Nauvoo, Illinois. Originally the inn was purposed to serve as a hotel for the steamboat travelers. Time provided other usages that would deepen its historical roots.

It was used as a hospital three different times. One time it was a "holding hospital" during the Civil War, keeping wounded soldiers who were waiting for the train or boats to take them to the hospital in Keokuk. During the civil war, it was also a station on the Underground Railroad. For a short time in 1913, the building was even used as a tuberculosis sanitarium. But the building was too small for their needs and they moved to Des Moines.

In 1857, the Ashland House was purchased by Lewis Mason and his wife, Nancy. They changed the name to the Phoenix Hotel, but the townspeople called the place the "Mason's House", and the name stayed. It was Nancy who started the tradition of "a cookie jar in every room".

The Mason House stayed in the Mason Family for 99 years. From 1920 to 1950, Lewis' grand-daughter, Fannie Mason Kurtz, ran the hotel as a boarding house for the town doctor and his wife and also the local school teachers. When Fannie died in 1951, the place was rented as a house for the Downing family until 1956. It was sold to Herbert and Burretta Redhead in 1956, where they ran it as an Inn as a Museum for 33 years. They hired some Amish ladies from the area to run the Inn

The property also holds the Caboose Cottage. It is an authentic 1952 railroad caboose from the Roscoe, Snyder & Pacific Railway line in Texas. Today it is owned and operated by Chuck and Joe Henson.

With three of the inn's owners having died in the inn and it's role as a hospital during the Civil War and the Underground Railroad, it is reasonable to believe that the property is a supernatural wonder. During the period of 1920-1940, a doctor treated patients in this space, succumbing himself to diphtheria along with several of his patients. The owners have declared that there are at least five spirits, each with their own history and behavior.

A clipped newspaper article confirms that a murder actually took place in the inn. Mr. Knapp was stabbed in the heart and died in one of the rooms. Apparently he was a bit tipsy after visiting the tavern, went to what he thought was his room, and tried to get into an already occupied bed. The unwelcoming occupant thought he was being robbed, took a saver out of his walking stick, and penetrated Mr. Knapp's heart. As a result, Room 7 releases energies that suggest past violence to those that are sensitive. Many times you can hear disembodied footsteps inside the room. Other times you will see the ghostly imprints of its occupied bed that were freshly made. It appears that Mr. Knapp is still attempting to still get a good night's sleep.

Then there is the Old Man, seen as a gaunt figure with white hair that prefers the second floor. He will appear in mirrors, quickly disappearing when guests do a double-take. His head is defined to last details, while the rest of the body is just a formed mist of fog. This is a bit unnerving when one feels a drastic room temperature drop, and then seeing a strange fog with a floating head in room 8!

There is a little prankster boy at the inn called George. His apparition has been seen on the staircase's landing, playing tricks on guests. He moves things around the house, unexplainable knocks on a door, and may even tug your clothes or even poke you innocently. One time a guest was falling asleep in Room 5's bed. When he was awoken by a slight tug on his pajamas, he thought it was his wife. Then he suddenly realized, his wife was not with him, nor was anyone else! He froze a bit in fear, and just could not go back to sleep.

In 1951, Fannie Mason Kurtz at the age of 84 died in the dining room by the fireplace. She was the last Mason to own the house. Unfortunately, her body was not discovered dead on her rocking chair for three days, before anyone checked on her and found her body. Her phantom has been acknowledged to be near the fireplace by many of the guests that are psychically gifted.

There is a phantom of an old lady that appears in a white nightgown. She usually roams the third floor, in the south bedroom. She is known to be the spirit of Mary Mason Clarke. People that stay in Room 5, which is directly below the south bedroom, will hear her stomping on the floor, or thumps of items that seem to drop on the floor above. Another guest complained about a constant squeaking sound coming from above them, which sounded like an old rocking chair. But this cannot be, for you see, the south bedroom is empty from guests serving as a storage room. She has appeared to others, including a previous innkeeper. She is consistent with sharing her discontent about renovations the inn has taken on. During one renovation Room 5 was being wallpapered. When they returned the next day they found all the paper stripped off. After putting it back on, the same thing happened overnight. On the third morning, they found the wallpaper sample book on the floor, laying open to a certain page. They finally gave in and wallpapered the room to the selected sample. The paper remained in place and is still there.

What a paranormal Disneyland it would be to visit and stay at this inn, with its nine themed rooms ready to welcome you! 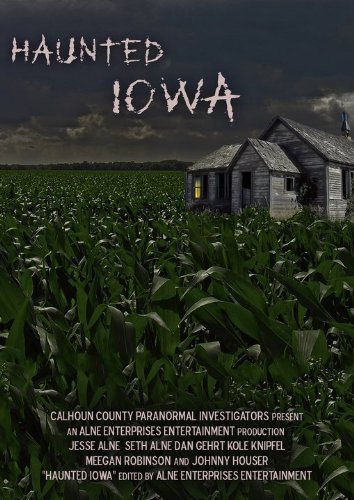