Visit the Bell With Cave

Adams TN is home to one of the most haunted places in the state, The Bell Witch Cave. Come explore its mystery with Haunted Journeys.

John Bell, a farmer from North Carolina, along with his wife and children settled in northern Robertson County Tennessee in 1804. Their farm consisted of 320 acres of rich farmland that laid along the Red River. They lived a quiet and peaceful life here for the first 13 years. They were members of the Red River Baptist Church where John became a deacon. The family grew and became somewhat prosperous.

In the late summer of 1817 something would happen that would change their lives forever. Some members of the family began seeing strange looking animals around the property. Then late at night, they started hearing knocking sounds on the doors and outer walls of the house. Later sounds were being heard in the house. Sounds of a rat gnawing on the bedpost, chains being drug through the house, stones being dropped on the wooden floors, then gulping and choking sounds. The family was terrified but kept the problem to themselves for over a year.

When things became intolerable John confided in a neighbor, James Johnson. He invited Mr. and Mrs. Johnson to spend the night. After several nights of witnessing these strange things, Mr. Johnson suggested that more people should be told. And a committee was formed and an investigation started. It was not long before people were coming from miles around to hear and witness this unseen force that was terrorizing the Bell home. Before long this unseen force had gained enough strength that it now had a voice. When asked who and what it was, it gave different identities. It once stated that it was the witch of a neighbor woman named Kate Batts. This is what many people believed, and from then on, this unseen force was called "Kate" the "Bell's Witch".

It seemed that Kate had two main reasons for visiting the Bell home. The main one was to kill John Bell. For whatever reason, no one knows or understands, Kate never gave a reason why. The second reason was to stop John's youngest daughter Betsy from marrying a certain neighbor boy named Joshua Gardner.

Over the next three years "Kate" tormented members of the Bell family almost daily. John and his daughter Betsy were the ones who received the worst of the physical abuse. Betsy had her hair pulled, she was pinched, scratched stuck with pins, and even beaten. While John Bell began suffering from spells of swelling of the throat and often had the feeling of a stick being stuck sideways in his throat. Then came the twitching and jerking of the facial muscles. Kate would blast him with curses and hideous threats during these spells. As time went on John Bell became weaker and weaker.

Kate was becoming well known and drew large crowds of people. She seemed to be very intelligent in many things: the bible, people's past, and the future. She could be in two places at the same time - miles apart from each other.

Kate finally accomplished her mission for coming to the Bell farm. On December 20, 1820, John Bell had died. It was believed that he was poisoned by Kate, and Kate took full credit for his death. And then in March of 1821 young Betsy broke off her engagement with Joshua Gardner.

Kate then bid everyone farewell and promised to return in seven years. She did return in 1828 for a few short weeks. During this visit, she came to the home of John Bell Jr and had long talks with him about the past, the present, and the future. She made some predictions for the future. Kate also said there was a reason for John Bells' death. However, she never said what the reason was. After the second visit, she said her next return would be in One Hundred and Seven years. That would have been in 1935. But some believe that she (Kate) never left the area at all due to the strange things that have occurred in and around the town of Adams and the Bell Witch Cave over these many years.

There are many books written about the famous Bell Witch of Tennessee. The legend of the Bell Witch is part of Tennessee history and is still taught in schools today.

The entity that tormented the Bell family and the Red River Settlement almost 200 years ago is often blamed for unexplainable manifestations that occur near the old Bell farm today. The cave on the property is said to be especially haunted. It is supposedly prowled by the so-called "Bell Witch", the same which tormented the Bell Family. Many who have explored it, have reported strange phenomena and its widely considered one of the world's most chilling places.

The faint sounds of people talking and children playing can sometimes be heard in the area, and it's not uncommon to see "candle lights" dance through the dark fields late at night. Photography is especially difficult; some pictures taken in the area show mist, orbs of light, and other phenomena, including human-like figures who were not present when the pictures were taken.

The cause of the Bells’ torment almost 200 years ago, as well as today's horrid, unexplainable manifestations, remains a mystery. Numerous theories abound, but there is no one theory that is universally agreed upon by Bell Witch enthusiasts and researchers -- and there probably never will be. Different people have different standards of proof. Most do agree that there was "something" very wrong at the Red River Settlement in the early 1800s and that there may very well be "something" wrong there today.

There is also another angry spirit to deal with at this property. Her name is Kate Batts, neighbor to the Bell family who felt cheated out of the land. Visitors can expect electronics and cameras not to work and should refrain from taking home 'souvenirs', as many have reported such momentos as being cursed.

As it's told today, most of the story behind the Bell Witch comes from a book written by Martin Van Buren Ingram more than 70 years after the alleged incidents took place. The book was called "An Authenticated History of the Bell Witch," but, unfortunately for fans of the supernatural, no one else has been able to authenticate what Ingram wrote.

Despite this, the legend of the Bell Witch lives on today in fiction and in fact. The famous low-budget indie horror film "The Blair Witch Project" was partially inspired by the legend, and the movie "An American Haunting," starring Donald Sutherland as John Bell, was a more exact retelling of the folk tale.

The property that John Bell once owned has been turned into a tourist attraction and remains a popular destination during the Halloween season. 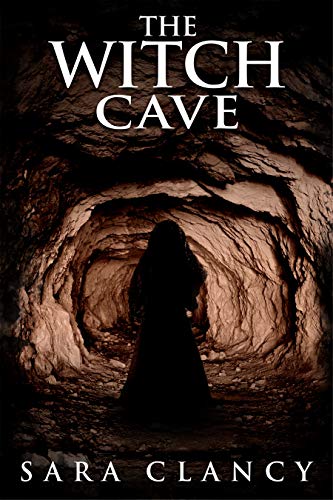 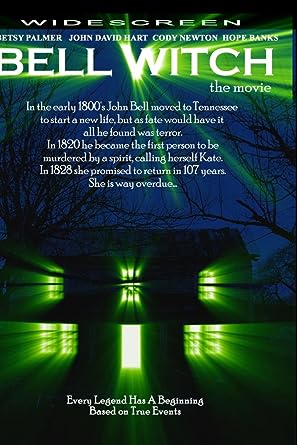