Pemberton Township, NJ is home to one of the most haunted places in the state, Pine Barrens. Come Explore its mystery with Haunted Journeys.

The Pine Barrens, in New Jersey, encompass over 1.1 million acres of preserved woodland. Sprawling over seven counties, the piece of land has many associated legends and tales.

The story is that the Pine Barrens are home to the Jersey Devil. It started in 1735 when a woman, known as Mrs. Leeds, gave birth to her 13th infant baby. The child transformed into a winged devil, seen as a grotesque flying beast, with cloven hoofs for feet, a goat's head and haunches, a forked tail, and massive wings. For nearly 200 years, the creature has supposedly roamed the haunted forest.

In 1978, congress designated this area consisting of 1.1 million acres, protected as the Pinelands National Reserve.

Along with an incredible assortment of ghost towns within its parameters, this heavily forested stretch of the state is also known for an abundance of ghosts. In addition, it is home to the famous (and often avoided) Jersey Devil. With these saturated claims, many national publications have listed this scenic spot among the most haunted places in the country.

The Jersey Devil made his first original appearance in the early 19th century. Reports of its early sighting date back specifically to 1820 when Joseph Bonaparte (brother of Napoleon) claimed to have witnessed the Jersey Devil on his Bordentown estate. The creature was blamed for livestock killings in the 1840s and again in the 1920s.

Escalated reports of the sighting, considered to create a historical panic, occurred around 1909 when 100s witnessed the monster just in January! The terrified residents would not leave their homes, with schools and the local mill closing for several days. Today, many avoid the Pine Barrens or warn their children not to swim in the Blue Hole; it is believed this is where the Jersey Devil lurks.

The Jersey Devil is accompanied by a volume of reported phantoms. A ghost of a small boy is said to haunt the Atco area. Many say he was a victim of a hit and run, and roams Burnt Mill Road, still searching for his killer. Want to see him? Drive down the road at night with your lights turned off.  Of course, be cautious, for we don't want another tragedy associated to this land. But if you see a boy running for his ball, you spotted him!

A spirit, known as James Still, roams the Pine Barrens too. As an African American physician during the time of slavery, he was lynched when locals found that he was practicing medicine. Many say that he is a friendly ghost, assisting those lost or injured in the area.

Other ghosts include that of a blonde woman, white stag, black dog, and the spirits of maimed workers could be found lingering these cursed parcels.

One of the favorite haunts is that of a headless spirit of a famous pirate, Captain Kidd.

You could only predict this land has been featured in many television shows. Some include The X-Files, Entertainment Weekly, and other shows on Destination America. Several documentary films have also been produced about this fantastic area. 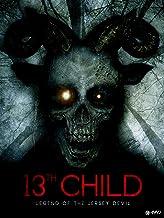