New Castle, PA is home to one of the most haunted places in the state, Hill View Manor. Come explore its mystery with Haunted Journeys.

This 85,000 square foot building, opened its doors on October 19, 1926, as the Lawrence County Home for the Aged. It is also was known as the poor house, taking in the county’s mentally ill, severely destitute, and elderly residents that didn’t have any known family.

As the first administrators, Perry D. Snyder and his wife Mary A. Snyder were first elected in March 1913 to serve in respective posts of the New Castle City Home. They took up residence here in the Lawrence County Home for the Aged. They, alongside their two children and 12 staff members transferred the first 20 inmates from the Old City Home in 1926.

In June of 1944, county welfare officials and the Snyder's (who were now in their 70's) were accused of incompetency. After the hearing, the Snyder's were heartlessly given three weeks to leave the premises, which was home for them during the last two decades.

The home operated for many years and in the late 1960s was remodeled and changed to a nursing home. By 1970 the home was facing severe overcrowding issues. The county added a new section in 1974 and renovated some of the floors and it was renamed as Hill View Manor in 1977.

Hill View Manor closed it’s doors to serve the community in this capacity in 2004. It is estimated that 10,000 deaths occurred on the property during the time the facility was in operation.

Today with the new owners are committed to preserving the building and its history. They continue to remind the world of its history through its community-centered events, educational and paranormal investigation programs.

This stately property is a known hotbed for supernatural activity as declared by many esteemed paranormal investigators. One of the spots of intense activity is in the back of the hospital, where mass graves are found. Many have reported poltergeist activity there.

Many spirits have been sensed and their apparitions are seen walking the corridors. Many believe they are former residents. Besides the experience of seeing clear full-bodied apparitions, people have been touched, and others have been told to leave the location.

One of the most notable casualties in the history of the building is that of Eli Saurri. Eli was a middle-aged man who was a resident there during the building's early days as a poor farm and halfway house. Eli was a recovering alcoholic, which the building commonly hosted, however, alcohol was forbidden in the building.

Due to the strict no-alcohol policy, he decided to get his fix by leaving the building in order to go drinking. Eli was found by some of the other residents the next morning laying outside of the front doors passed out drunk, who then decided to carry him in and leave him in the boiler room to warm and sober up.

Unfortunately, Eli never sobered up, he passed away in his slumber, likely from alcohol poisoning, and now his restless spirit is said to haunt the boiler room area. The ghost of Eli supposedly enjoys taunting women- there are several reports of women saying they were touched, grabbed, and pinched by who they believe is Eli.

There is also Mary Virginia's phantom. She was a Cerebral Palsy patient and lived here with the others. She spent most of her time, as any little girl would do, playing dress-up and listening to music. She also played with toys and dolls, that are still part of the property.

According to paranormal reports, Mary’s ghost is friendly and responds well to her trigger objects- showing her presents by swinging the necklaces that hang above her bed, moving her dolls, and faintly playing her favorite music tunes into investigators recording devices.

Due to its abundant activity, the Haunted Hill View Manor has been featured on Ghost Adventures, Ghost Hunters, Ghost Lab and Ghost Asylum.

Hill View Manor was featured in the 2019 and 2020 Worlds' Largest Ghost Hunt. 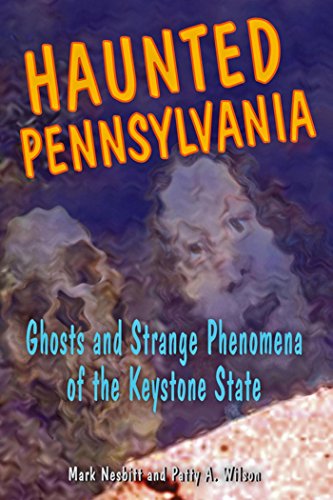