San Jose, CA is home to one of the most haunted places in the state, Winchester Mystery House. Come Explore its mystery with Haunted Journeys.

The Winchester Mystery House has earned its passage into the halls of fame of the most haunted, and certainly mysterious, in the land! Its history incepted with the supernatural, tragedy, paranoia, and possibly, a bit of insanity is the foundation of one of the strongest structures known to modern man.

As wife to the rifle tycoon, Oliver Winchester, Sarah Winchester's life followed with many tragedies. Her husband, Oliver, died from tuberculosis in 1881. Later her infant daughter died of an illness known as marasmus, a children's disease in which the body wastes away. Sarah Winchester, to relieve her anguish, visited a spiritual medium. The psychic told the wealthy socialite that the premature deaths were payback by angry spirits who’d been killed with Winchester rifles.

The psychic medium continued to advise her that it was time for Sarah to build a house large enough to accommodate all of the spirits of the dead. So in 1884, Sarah soon packed her bags for sunny, spacious San Jose, California. From her inheritance, of more than $20.5 million (equivalent to $543 million in 2019), the monies became strong funding for her upcoming project which started as a noble unfinished farmhouse in the Santa Clara Valley. She also received nearly fifty percent ownership of the Winchester Repeating Arms Company, giving her an income of roughly $1,000 per day, equivalent to $26,000 a day in 2019. With this, for the next 38 years, she embarked on a nonstop frenzied construction project that would become known as the Winchester Mystery House.

She was instructed by her spiritual advisors, that as long as she kept the spirits in complete confusion, she would not succumb to early death as part of the curse from its victims. To fulfill this goal, she completed 160 rooms, with 2,000 doors, another 10,000 windows, 47 stairways, 47 fireplaces, 13 bathrooms, and 6 kitchens.

One can only be certain that this mansion did fulfill its purpose in confusing evil spirits. Add Sarah's Seance roo, several secret passageways, upside-down columns, staircases to nowhere and sealed-off rooms to add complexity and true oddities to this bizarre and creepy mansion. Before the 1906 earthquake, the house had been seven stories high and carpenters may have been brought in initially to repair damages caused by the quake. Today it is only four stories.

Construction continued, non-stop, until her Sarah's death on September 5, 1022, in which at this time work ceased immediately. At that time, all of Sarah's possessions (apart from the house) were bequeathed to her niece and personal secretary. Her niece then took everything she wanted and sold the rest in a private auction. It supposedly took six trucks working eight hours a day for six weeks to remove all of the furniture from the home.

Mrs. Winchester made no mention of the mansion in her will, and appraisers considered the house worthless due to damage caused by the earthquake, the unfinished design, and the impractical nature of its construction. It was sold at auction to a local investor for over $135,000 and subsequently leased for 10 years to John and Mayme Brown, who eventually purchased the house. In February 1923, five months after Winchester's death, the house was opened to the public, with Mayme Brown serving as the first tour guide!

Today, not only is it a major tourist attraction in Northern California's Silicon Valley, but it is a hot spot of interest for the paranormal and spooky enthusiasts! There have been over 12 million visitors to the house since its mysterious architect died in 1922.

Part historical preserve, part spooky theme park oddity, the Winchester Mystery House inspired a new horror movie in 2018, Winchester, starring Helen Mirren as the titular, reclusive heir to a massive rifle fortune. Many believe this ghost-packed film could be the closest mainstream media that was able to show how Sarah Winchester was far from just a crazy lady who built a crazy house.

The haunted stories are not disappointing nor are they far from few. Since its construction in 1884, the property and mansion were claimed by many to be haunted by the ghosts of those killed with Winchester rifles. While Sarah Winchester herself never mentioned hauntings and friends denied them, speculation was rampant. Harry Houdini himself visited after Winchester's death to debunk spiritualists. But the ghost stories continue today.

As you tour the amazing property, you may experience gentle tugs of shirts or skirts. You may also experience hearing the patter of disembodied footsteps, as witnessed by their maintenance worker, Denny, in the water tower. You may see doorknobs turning on their own or feel icy chills of energies flowing near you. Alarmingly, many have also had a temporary loss of vision.

A number of its employees and some visitors have claimed to have met Clyde's phantom. He is seen as a mustached man wearing white overalls and a Victorian boater hat, which appears to be pushing a wheelbarrow in the basement. Sometimes he has been seen trying to repair the Ballroom's fireplace. The Winchester House has an actual photo of Clyde, as displayed in our gallery.

The television show cast of Ghost Adventures also featured this property on their series. 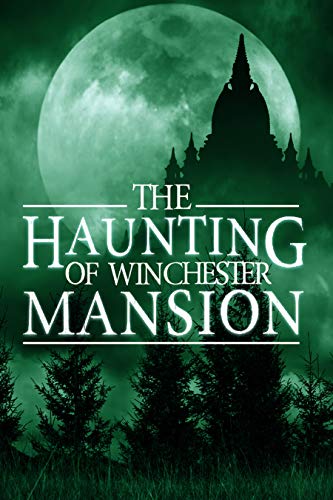 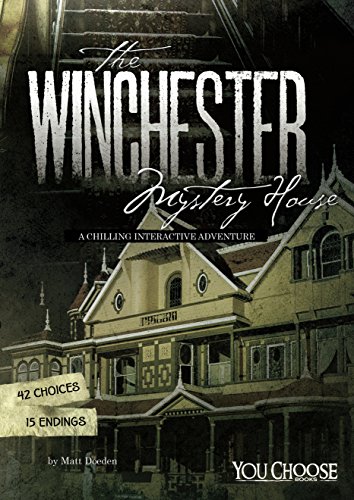 We are not responsible for the accuracy of the information provided on this listing, but offer it as a first step in finding your next haunted travel destination. Please do confirm with the property before making any plans to visit. If you visit, tour, or investigate this property (or any of our properties), we are not responsible or held liable for any outcomes, lack of evidence, or injuries associated with your travels.