Vacherie, LA is home to one of the most haunted places in the state, Oak Alley Plantation. Come Explore its spooky menu and other offerings with Haunted Journeys.

Originally named the Bon Sejour this plantation was established in 1837-39 by George Swainey for Jacques Telesphore Roman, brother of Andre Roman who was twice governor of Louisiana. The most noted slave who lived at Oak Alley Plantation was named Antoine. Antoinee was a master of the techniques of grafting, and after a trial with several trees, he succeeded in the winter of 1846 in producing a variety of pecan that could be cracked with one's bare hands. This tree became very prominent in the State of Louisiana.

Jacques Roman died in 1848 of tuberculosis and the estate began to be managed by his wife, Marie Therese Josephine Celina Pilié Roman. Unfortunately, she did not have the skill for managing a sugar plantation and her heavy spending lead to a nearly bankrupted estate. In 1859 her son, Henri, took control of the estate and tried to turn things around. The plantation was not physically damaged during the American Civil War, but the economic dislocations of the war and the end of slavery made it no longer economically viable; Henri became severely in debt, mainly to his family. In 1866, his uncle, Valcour Aime and his sisters, Octavie and Louise, but the plantation up for auction and it was sold for $32,800 to John Armstrong.

Several owners followed Armstrong. As older majestic properties often do, by the 1920s the house was is in a state of deterioration. Andrew and Josephine Stewart purchased the property in 1925 and a sizeable and impressive restoration was bestowed on this grand lady.

Nearly two centuries later, most of the grand plantation houses of the period are long gone. Oak Alley still stands thanks to careful restoration by the Stewarts. Toward the end of her life, Josephine Stewart created the Oak Alley Foundation, whose purpose is to share the mansion and its 25 surrounding acres with the public. Earlier this year, the foundation reconstructed several former slave quarters on the property to tell the stories of the plantation’s lesser-known residents.

Today, Oak Alley Plantation, a National Historic Landmark. Fortunately, the house was not damaged by Hurricane Katrina that was a very likely threat.

The ancient live oaks leading to Oak Alley Plantation provide more than a picturesque scene for a great photograph. With its oak tree's fingers extended, they seem to protect a path leading to the secrets of the past—secrets that still appear from time to time through its hauntings.

Staff and visitors have experienced unexplainable spectral activities confirming this plantation's hauntings. For instance, one time Oak Alley carpenters were climbing from the attic dormer to roof to repair the Widow’s Walk, relying on climbing harnesses to keep them safe. At the end of the day, they organized their harnesses and ropes in piles on the attic floor, only to return the next day and find them strewn across the floor, buckles, and fasteners adjusted or undone. Security cameras show no one entering or leaving the attic.

An employee claimed to have seen empty chairs rocking in unison, and also witnessed things relocated on their own from table and desktops. Both she and another employee attest to baffling sounds including a child crying and the sound of horses.

Several individuals have claimed that they have seen an apparition slender female with long dark brown/black-colored hair. In studying the history of the home, many of the employees and local historians state that this could be the lady, Josephine who was the original lady of the house when it was first built. Other's believe it could also be Josephine’s daughter, Louise. Many have reported caught a glimpse of her phantom image lurking in the rooms or lingering in the widow’s walkway. She has also been seen taking her phantom horse for a ride around the building!

Staff and visitors have seen another ghostly shadow gazing out of a window. Others have been chilled by a hearing the distinct sounds of an invisible horse and carriage coming up the alley. Perhaps the strangest experience, though, occurred when 35 visitors touring the mansion saw a candlestick fly across the room in front of them.

The intensity of the haunts drew the crew of TV show's Ghost Hunters to film on this location in August 2008.

This Southern Plantation is a true spectral experience that should be witnessed. 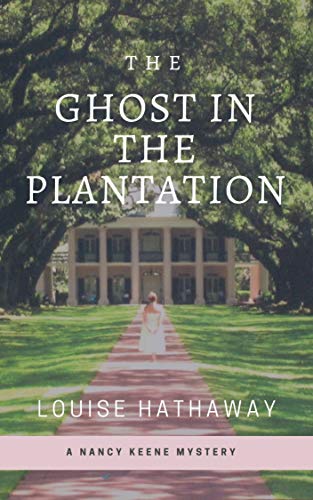