Waipahu, HI is home to one of the most haunted places in the state, Hawaii's Plantation Village. Come explore its mystery with Haunted Journeys.

From 1850 to 1950, Hawaii's Plantation Village housed immigrants from China, Korea, Japan, Portugal, Puerto Rico, The Philippines, and Hawaiian sugar plantation laborers. Each family that arrived in Hawaii brought with them their own culture and, along with it, their beliefs and superstitions.

This outdoor 50-acre living history museum allows visitors to learn the history of the workers' within the island's sugar cane farming. It also illustrated the history of immigration to Hawaii. With restored building and authentic replicas of various plantation structures, there is little doubt that fragments of spirits are among the complex.

The hauntings at Hawaii Plantation Village seem to be less residual and more cognitive as time progresses. It's almost as if the past is reaching out so that it is not forgotten. The accounts and documentation of ghosts and otherworldly beings in this location are too numerous to deny.

It is estimated that half of the 25 plantation houses are haunted. So intense are the haunts here, every Halloween season the museum is transformed into a haunted house. Due to the hardened ghostly encounters and supernatural activities, actors are not allowed to work in the houses by themselves. This is certainly taking it to the next level. In fact during the year, as a safety precaution, people aren’t allowed to work alone in the houses. They work in pairs.

The Portuguese family house is said to be haunted by a ghostly young girl from the plantation’s past. She is dressed in white. No one really knows her name, but she's playful and her apparition often appears to kids and mothers during the daytime hours. Others have been touched by the phantom on the hair and shoulders.

Once a medium minister was brought in and revealed that this child likes women because she never had a mother. She claimed the girl’s mother abandoned her newborn after taking one look at her. Her husband was forced to raise the girl alone. Without daycare, the man tied his daughter to a table or chair when he went to work in the plantation fields. One day, there was a fire in the camp. The father went inside his house, realizing he could either rescue his daughter or get rid of his problem. He decided on the latter, and tragically, she died in the house.

There is also a heavy male spirit in the house as well. The good news is the spirits are good spirits. They are protecting the houses. Don't even attempt to avoid this house, because it is the first building on the tour ready to welcome you!

At the Puerto Rican house, folks have reported that a Japanese doll mysteriously appears outside of its case. It is here that some have felt the sensation of being choked by unseen hands. One worker claimed a ghost from the Okinawan home followed him home.

The Japanese house has its share of haunts as well. Here, people have heard pots and pans banging.

The crews from several TV shows (such as) Ghost Hunters and Dead Files have visited and featured the village on one of their episodes. 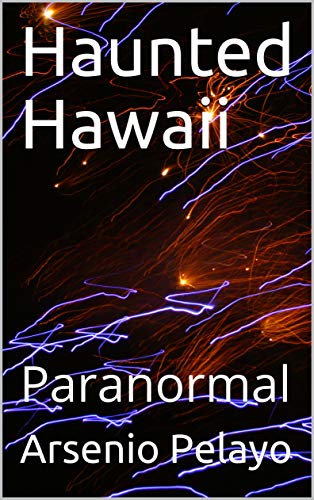