Athens, OH is home to one of the most haunted places in the state, The Ridges (aka Athens Lunatic Asylum). Come explore its mystery with Haunted Journeys.

In 1867, the Ohio Legislature appointed a commission to find a location for an asylum in Southeastern Ohio. Athens was selected. The architect chosen was Levi T. Scotfield, influence by Dr. Thomas Story Kirkbrid, a 19th-century physician who authored a book on mental hospital design. His designs were often recognizable for their “batwing” floor plans and lavish Victorian architecture. The design was challenged allowing it to house 572 patients in the main building, almost double what Kirkbride had recommended which would eventually lead to overcrowding and conflicts between the patients.

The asylum provided a wide range of services to a variety of patients that were unfit to be institutionalized together. These included Civil War veterans, children, the elderly, the homeless, rebellious teenagers dropped off by their parents, and violent criminals suffering from various mental and physical disabilities. Their diagnoses were also very unspecific and conflicting. They ranged from the slightest distress to the severely mentally ill. They also included epilepsy, menopause, alcohol addiction and tuberculosis. General "ill health" accounted for many of their admissions. Many female patients were hospitalized for "puerperal condition" (related to childbirth, "change of life" and "menstrual derangements. The leading cause of insanity among male patients was masturbation.

Most troubling, they were provided various forms of care that would be considered very dangerous today. The asylum was best known for its practice of lobotomy, hydrotherapy, electroshock, use of dangerous restraints, and harmful psychotropic drugs.

In the 1960s, the Asylum reached its peak, with a total of 660,888 square feet, serving 2,000 patients, which was triple its capacity. Fortunately, the number of patients began declining for the next several decades as de-institutionalization became a better alternative. As the numbers of people at the Asylum declined, the buildings and wards were abandoned one by one.

The cemetery also experienced over-crowding. Burials on the property were common, belonging to the deceased patients who were unclaimed by their families. The current historical register contains 1,700 names of the over 2,000 burials. Many souls were never recognized by name upon their deaths. Their stones, regardless, were labeled only with a number. In 1972 the last patients were buried in the asylum cemetery. Today the cemeteries continue to be maintained by the Ohio Department of Mental Health.

The horridness of the Asylum started being recognized by the media in the '70s. In 1977, the Athens Asylum made news when it admitted a multiple personality rapist Billy Milligan. In the highly publicized court case, Milligan was found to have committed several felonies including armed robbery, kidnapping, and three rapes on the campus of Ohio State University. His defense was insanity with a multiple personality disorder. Milligan reported having ten different personalities. Later 14 more personalities were said to have been discovered.

The next year, the hospital made the news again when a patient named Margaret Schilling disappeared on December 1, 1978. It wasn’t until January 12, 1979, 42 days later that, her body was discovered by a maintenance worker in a locked long-abandoned ward once used for patients with infectious illnesses.

By 1981 the hospital housed fewer than 300 patients, numerous buildings stood abandoned, and over 300 acres were transferred to Ohio University. In 1988, the facilities and grounds (excluding the cemeteries) were deeded from the Department of Mental Health to Ohio University.

The Athens Center officially closed in 1993 and the remaining patients transferred to another facility.

It should not come to anyone's surprise how intensive are the haunts in the Athens Lunatic Asylum properties. When the University took over the property, some students began to spend time at the Ridges. This is when many reports of paranormal activity began to surface. This including hearing disembodied screams in the middle of the night, electric anomalies, rattling door handles and vanishing spectral images. Some of these events occurred in the area where Margaret Schilling’s remains were found and, were thus, attributed to her.

This brings us to the most famous phantom of Margaret Shilling. Her murdered body was found by a maintenance worker in an abandoned part of the Asylum. The outline from her decaying body remains permanently imprinted upon the floor where she was found. Her spirit is said to have appeared staring down from the window of the room where her lifeless body was discovered. Her apparition has been seen attempting to escape. Others have seen her wander in various parts of the building at night.

Other former patients are also said to remain in residence as well. Visitors have reported seeing strange figures standing in the empty wings of the former hospital. Many have heard the disembodied voices of those in agony and warning those that wish to listen to them. You may also hear the squeaks of gurneys that are no longer there.

Some folks see strange lights and hearing screams echoing through the walls. More frightening, many have come across the spirits of patients in the basement, who remain shackled there in their afterlife. Sadly, these may be the many spirits who died or suffered at the hands of staff in the asylum.

The cemetery is also said to be haunted by shadowy people and strange lights. In one area, the linear shapes of the graves form a circle, rumored to be a witches’ meeting point.

Ghost hunters, take note. It’s tough to investigate here. Ohio University doesn’t allow investigators to get access to the former asylum buildings. If you want to get inside, then take the tour offered by the Athens County Historical Society and Museum. The main tour guide is a major skeptic, so expect him to debunk or make light of most of the haunting stories and theories.

If you still want to investigate on-site, then consider going to the cemeteries. The State of Ohio’s Mental Health Department still owns them, so it is suspected that you don’t need special permission to run an investigation during the day. A night investigation may be a different story. Regardless use good judgment and respect the properties in whatever you do. 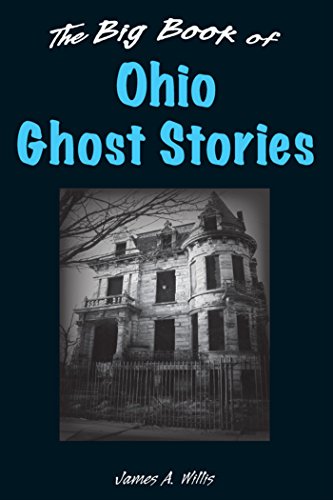