Tour the Aran Islands with us!

County Galway, Ireland is home to one of the most haunted places in the country, the Aran Islands. Come Explore its mystery with Haunted Journeys.

"Beyond the Aran Islands, ghosts of the long-forgotten heroes come thundering down the starry velvet sky they scream their wild frustrations to the endless listening spaces and the stormy ocean breakers rolling by." -- Tommy McKem (1932-2007)

The Aran Islands are a group of three islands located at the mouth of Galway Bay, on the west coast of Ireland.

John Millington Synge, the Anglo-Irish playwright, and folklorist spent a great deal of time on the Aran Islands circa 1900 soaking up the traditional culture. He was struck by how calmly the islanders lived with the likely prospect of early death, as fishermen were frequently drowned during storms.

Syne describes the Arans as windswept, rugged islands in the turbulent Atlantic Ocean are only several miles west of Ireland. Synge continues that the hard-working Christian people of the Aran Islands make absolutely no distinction between the natural and the supernatural. In their hard-scrabble, often hazardous existence, both are inexorably intertwined.

In his travelogue The Aran Islands, Synge wrote of a funeral for a young man whose body washed ashore three weeks after he was swept overboard. An older coffin in the family plot had to be broken up in order to make space for the new burial, allowing the mother of the drowned man to reach into the grave to pull out the skull of her own mother.

Although the exact location is not known on the Aran Islands, it was reported in 1992, that a fifteen-year-old boy spotted two figures, just over a yard tall and dressed in green, sea fishing. Apparently the two figures were chatting in Irish before jumping up and vanishing when they realized the boy was near.
However one of the figures left behind a pipe which the witness took and ‘safely’ locked away only for it to later disappear.

One of the small figures left behind a pipe which the 15-year-old witness took possession of, although it curiously disappeared later despite being “safely” locked away. Many today say these were leprechauns in every sense of the ways. 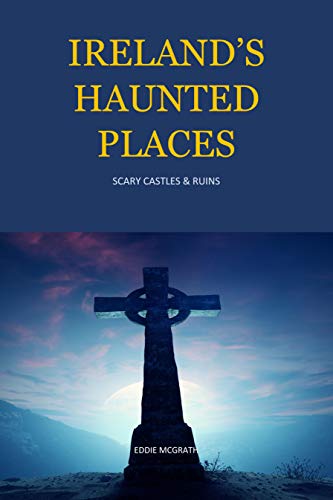