Vicksburg MS is home to one of the most haunted places in the state, McRaven House. Come explore its mystery with Haunted Journeys.

Originally constructed in 1797, this antebellum was once called Walnut Hills. The oldest standing structure in all of Warren County's original purpose was as a way station for pioneers en route to Nashville Tennessee, along the Natchez Trace towards the Mississippi River.)

In 1836 Sheriff Stephen Howard bought the house, enlarging from its prior two-room structure. Sheriff Howard's wife Mary Elizabeth Howard died during childbirth in late August 1836 in the middle bedroom.

Later, during the Civil War era, it was known as the Bobb House (listed as such with the National Register of Historic Places), since John H. Bobb purchased it in 1863. During the Siege of Vicksburg, it served as a Confederate campsite and a makeshift hospital. Since it was located so close to the railroad, a major point of the battle, the house was battered by cannon blasts from both the Union and Confederate forces.

On May 18, 1864, after Vicksburg had fallen to Union forces, John Bobb noticed a group of six drunken Union occupation soldiers picking flowers from his garden. Outraged, Bobb promptly ordered them to leave immediately, the soldiers cursed at him and refused to leave. Bobb took action and threw a brick at them, knocking a sergeant to the ground. The soldiers left but vowed to return. And so they did with 25 troops who took him to Stout's Bayou (100 yards from the house) and fatally shot him in the back and face. Bobb's death was the first recorded act of violence perpetrated by Union troops after the Siege. John's widow Selina Bobb sold the house in 1869.

McRaven was eventually sold to William Murray in 1882. Murray and his wife Ellen Flynn raised four daughters and three sons in McRaven. William Murray died at the house in 1911, his wife Ellen died there in 1921, their daughter Ida died in 1946, and a son died in 1950, all in McRaven. From this point on, William's daughters Annie and Ella Murray, both unmarried, lived alone in the house with no modern conveniences aside from a telephone, and no contact with the outside world except their doctor, Walter Johnston. In 1960, Ella Murray died at the age of 81, and her sister Annie sold the house after moving to a nursing home. At this point, the house was in such disrepair that neighbors and nearby residents had no idea it existed. The upper story was completely overgrown with vines and the sisters had resorted to chopping up the antique furniture for firewood.

In 1960, the house was sold to the Bradway family. With a cosmetic restoration, McRaven was opened to the public as a tour home in 1961. It has been documented that at least 11 people have been buried on the property. In 1979, O.E. Bradway sold McRaven and some of the furnishings to Charles and Sandra Harvey for $75,000. After the spring pilgrimage, the Harvey's closed the house and took on a year-long restoration at a cost near $100,000. Once again ready for touring, the Vicksburg Sunday Post featured McRaven's spring pilgrimage open house in their April 6, 1980 issue. McRaven had been returned to her authentic glory. Though Harvey's and their two children never lived in the house, they spent many nights in Howard's bedroom protecting the house from vandals. In May 2007, owner Leyland French put McRaven up for sale for $1,750,000. In August 2015, Steven and Kendra Reed purchased the home. They reopened it for both historical and ghost tours.

It is believed that at least 11 bodies are buried in this property.

National Geographic magazine called the McRaven Home "The Time Capsule of the South", because of the concentration of historical episodes that have been purged into this property. With this spectral density, there is no question of why this has been named one of Mississippi's Mont Haunted House by many authorities. At least five occupants have died inside the house, and former John Bobb was executed right outside its premises. It's also very likely that a few Confederate soldiers died on the property during the time it was used as a field hospital.

The ghostly activity is all over the house of this (almost) three-century house. The epicenter is thought to be in the middle bedroom upstairs, the room where Mary Elizabeth Howard died during childbirth at the age of 15. Many witnesses have reported seeing her phantom in the room she lost her life. In addition, she has been spotted on the staircase and in the dining room. Her ghost is believed to be responsible for the bedside lamp in this room to turn on and off on its own. In the 1980s when no one was inhabiting the home, calls were frequently made to local authorities claiming the lights at the cottage were turned on in the dead middle of the night, thinking there were intruders. Upon inspection, there was not a living soul there. While handling Mary Elizabeth's wedding shawl, some people say it emits heat, while others claim it almost jumped out of their hands.

We cannot dismiss the spirit of William Murray, who died in the home in 1911. One time owner, Leyland French once saw the image of former previous homesteader William Murray on the staircase. After realizing who it was, and the fact that he was dead, he frightfully ran upstairs to the Bobb bedroom and locked the door. Later called a local Episcopal priest and had the house blessed.

Then there's the ghost of John Bobb, who was killed by Union soldiers in 1864, who also has made a few spectral appearances in the property. The spirits of Ella and Annie Murray are also said to roam the grounds of McRaven.

This house has been featured on multiple television shows, including Haunted Town, Ghosted, Hauntings of Vicksburg, Haunted and Ghost Adventures.

More stirring stories about the haunts in Mississippi... 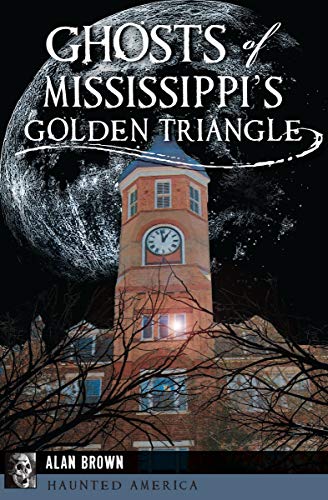