Wotton-Under-Edge, Cloucestershire is home to one of the most haunted places in England, The Ancient Ram Inn Inn. Come Explore its mystery with Haunted Journeys.

The Ancient Ram Inn dates back to around 1145. Legend suggests that the enslaved workmen who built the proximal parish church (St. Mary's Church) lodged here. An underground tunnel is said to join the two properties. It was later, in 1154, when the first recorded vicar; Gerinus, occurred. There are no later records of vicars or reverends living in the inn, so it is believed that the local town vicarage was built in the late 1100s.

Years later, it served time as a priest's house, before converting to a country inn. The last pint pulled was in 1968.

When the business closed, John Humphries bought the building from the brewery. He fought unforgiving and unstoppable battles to save this historic building, right up until his death in 2017. This is when his daughters took it over, still running it today.

John Humphries has left a record of finding evidence of Satanic rituals having been conducted on his property. He often spoke publicly of demonic presences that haunted the inn while he was there.

The inn lies on the spot where two Ley Lines intersect, one of them being a line coming directly from Stone Henge. Many paranormal scientists believe Ley Lines are of spiritual significance with intentional alignments through sites of great mystical importance. To optimize the spirituality of this location, the Ancient Ram Inn is built over natural wells, being constantly surrounded by water. Water is thought to be a strong conductor of spiritual energy, sometimes even with the power to open up dark portals. These two contributors offer no doubt of the intensity of good and evil within these walls.

Here is an additional property that will take the breath away of any that dare to enter this property. This Inn is said to be built right over the top of a 5,000-year-old Pagan burial ground. This claim was verified by a recent unearthing of the skeletal remains of a woman and a child. An iron dagger was found lying within their bones, offering a suspicion that the bodies were actual victims of a human sacrifice.

Could property be so daunting, menacing that the locals won't even walk past it at night?  Yes.

Those brave enough to enter will be embraced with its chilling aura. They will feel a profound feeling of dread. It's bare walls, creaking floorboards, steep stairs, and mysterious shadows are sure to elicit the coldest of shivers. In this location, the never-ending ghost stories will chill the blood of even the most steadfast cynic. Many phantoms lurk within this property. Some may even be demonic dark forces.

The Ancient Ram Inn is a place where much energy is thought to dwell. It is this, paired with the many deaths, murders, and dark history associated with the building that have caused the many hauntings within the property. For these overwhelming reasons, the Ancient Ram Inn is now considered by many paranormal authorities, one of the most haunted places in England, if not the entire world.

Entering into the first room, visitors will be introduced to the "Men's Kitchen", the former bar. Legend tells us it stands on a former pagan burial ground. Here revealed is a large hole in the concrete flooring made into a makeshift grave marker. It was here where Mr. Humphries found skeletal remains. The rest of the floor is also thought to contain many more multiple graves. Regardless, to this day, it has been left undisturbed. Dark shadow figures are commonly seen in this spiritually intense area, accompanied often by disembodied sounds and groans. This is also where folks have often heard the disturbing sound of a baby crying. The ghost of a woman murdered by highwaymen is rumored to haunt this area.

As you ascend stairs from here to the first floor, many have experienced being pushed up the stairs by invisible hands. Take a look in our gallery for a photograph taken here in June 1999 that showed a mysterious white mist, about the height of a human, ascending the staircase. Here, on the first floor, you will reach the bedroom known as the Witches Room, where a female-like entity has commonly appeared in the front window of the inn. Although unappealed of being called a "Witch", her spirit is joined in this room by that of her black cat and a couple of children who are rumored to have been murdered here.

Continuing on, you will reach the most terrifying room is on the second floor. This is the Bishop's Room, where an intense sense of disturbing oppression is experienced by visitors. It is known as the Bishop’s Room since it is where Bishops stayed back in the day and is coincidentally haunted by several bishops. In addition, a dark monk has been sighted here, as well as a Roman Centurion passing through the walls of this bedroom.

These entities are all described as being quite evil in nature. Once a spiritually unwelcomed medium that was opening its door was lifted off the ground and flung across the corridor. Though the most sinister presences of the inn are thought to visit this room. John Humphries, the inn’s former owner, used this room as his bedroom. He claimed that an Incubus and Succubus would visit him during the night and that he had even been raped by them several times. He also claims to have been thrown across the room by an invisible force during his first night staying within the inn. "Rather a lot for one room," as once described by its former owner, John Humphries.

Today, those that dare to spend the night in this room have often attracted the lustful attentions of the same demonic incubus and succubus, that haunted Mr. Humphries. A phantom shepherd and his dog have been seen near the door.

The Inn's Attic is also very unnerving. When one climbs into its space, crouching beneath the roof timbers, you may feel an intense sadness that does not go away. This is the final room within the inn, which has been converted to a bedroom for Mr. Humphries' surviving daughter.

Following the path from the building will bring visitors to the entrance of the barn, which was built sometime in the 1800s. This area is allegedly haunted by a male spirit who stalks blonde women, often touching them their breasts and behinds. Another entity lurking in the barn is a dark mass that stands seven feet tall. Appearing most often at the entrance to the barn, he can be quite aggressive towards men that he feels threatened by, pushing them out of his space.

When in the southwestern region of England, this is a must-stop for paranormal enthusiasts. Today, the Ancient Ram Inn is closed for public overnight stays but can be hired for tours and investigations. Scheduled ghost hunts allow investigators (both experienced and beginners) within the inn from 9 pm to 3 am. Ghost stories and the history of the building are explained by the tour operators, who also facilitate activities such as table tipping, ouija board communication, and spirit-box use.

Only when you survive such a visit will you have the medal of honor of visiting one of the most terrifying places in the United Kingdom.

Mysterious Adventures Tours LLC offers spectacular trips to the most mysterious and supernatural places in the world. One of their signature tours explores Ireland, England, Scotland, and Wales. Take a look at some of the spectacular offerings, some led by celebrity ambassadors! 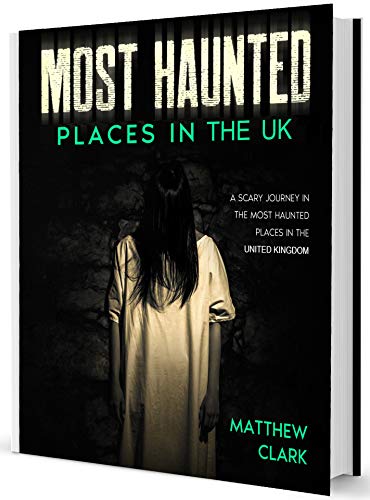 If you visit, tour, or investigate this property (or any of our properties), we are not responsible or held liable for any outcomes, lack of evidence, or injuries associated with your travels. This is only for entertainment purposes, and the information provided is only as found in public domains (or as offered by the associated contributor (as a claimed property).